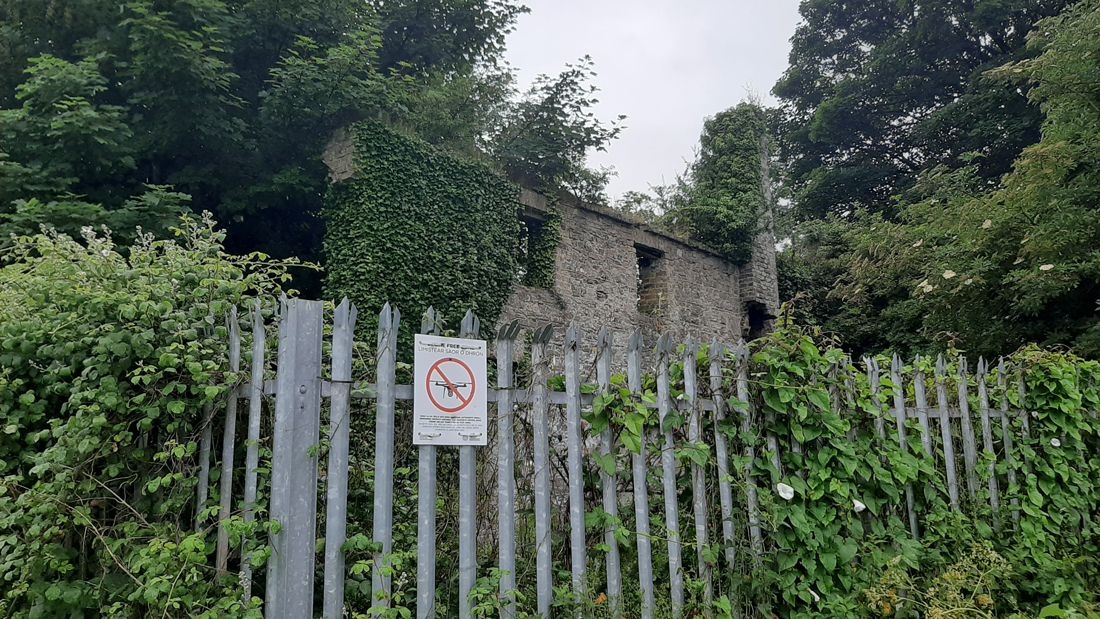 Concerns at increase in drug dealing at park

GARDAI have received an increase of complaints in relation to drug dealing and anti-social behaviour at Corkagh Park.

The Echo understands much of the activity is taking place in the vicinity of the Old Mill building on the Cherrywood side of the park.

The building itself is closed to the public and fenced off, but it can still be accessed via one or two weak points.

The Echo visited the woodland surrounding the old mill last week. Some of the hangout spots contain drug paraphernalia, including tin-foil, which is often used for smoking heroin and crack.

A local source says the building was formerly used by kids for “mitching off school and smoking weed inside the old mill.”

“But lately it’s drug dealing at the old mill and at the bridge nearby. This is all very close to the allotments which are council run. If they cleared up the old mill, made it part of the allotments, it would be problem solved,” said the source.

According to local project workers, the increased activity in Corkagh Park is a result of gardai successfully tackling drug dealing in other areas of Clondalkin.

“It started in St Cuthbert’s Park, then moved to the canal, and then it was displaced to Corkagh Park, but it is still the same supply chain, the same dealers and same client group,” said Jennifer Clancy, Co-ordinator at Clondalkin Drugs and Alcohol Task Force.

A few years ago, CDATF and other local drug projects teamed up with Irish Rail and gardai to respond to drug tourism in the area – essentially people travelling to Clondalkin to buy drugs from other parts of the country.

Ms Clancy says the ‘Safe’ initiative for drugs tourism is still highly active despite the restrictions imposed on society during Covid-19.

“There is still a cohort doing heroin from outside the area, there might be issues around availability where they live. If travelling up on a train for drugs, they are not going to wait until they go home.

“But there is a response and we are trying as best as we can to respond. Gardai nationally, have noticed increased drug seizures during Covid.”

A Garda spokesperson told The Echo: “I can confirm that gardai are monitoring that area due to an increase in complaints regarding drug and anti-social behaviour in that area. I am not in a position to comment any further on live operations.”