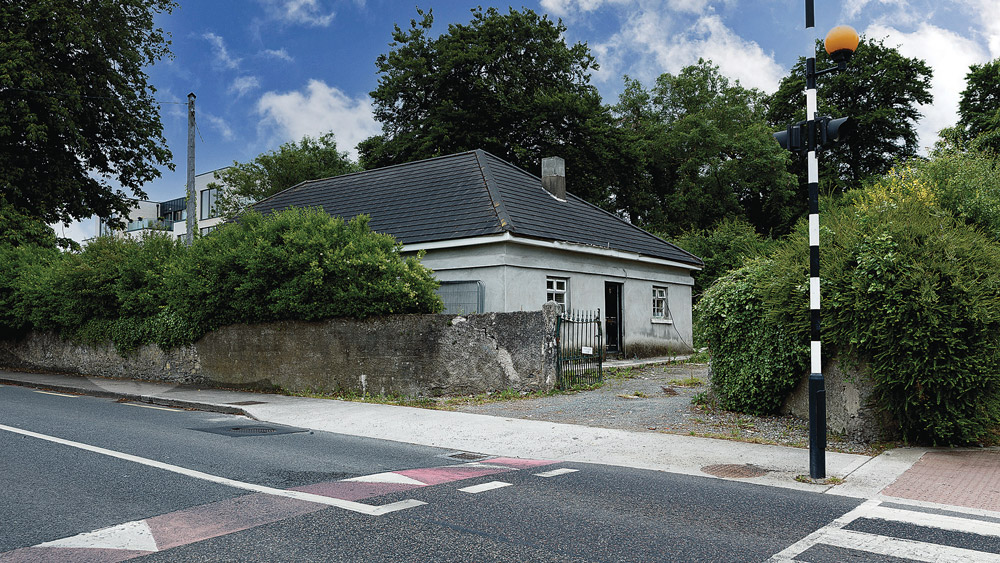 A four-storey apartment block is being built at Floraville Lodge

Concerns raised over preservation of original wall at Floraville Lodge

CLADDING being used in the development of a four-storey apartment block contravenes the County Development Plan according to a councillor – however, approval of the planning application pre-dated the adoption of said plan.

At the recent meeting of the Clondalkin area committee, Cllr Francis Timmons raised concerns around the preservation of an original wall at Floraville Lodge and claimed the works contravened the newly adopted South Dublin County Development Plan 2022 – 2028.

In response, the local authority pointed out that no conditions were imposed in relation to the gate when permission was granted to Chimway Limited.

The council originally refused permission for the four-storey building comprising of 10 apartments.

However, it was later approved in June 2021 after the applicant lodged an appeal through An Bord Pleanála.

One of the conditions for granting permission was that the existing stone wall running along the northern boundary of the site adjacent to Monastery Road be retained as part of the development.

Another condition related to the elevational finish and required these to be agreed by the developer with South Dublin County Council – which they were in June of this year.

“The granting of this permission on appeal and the agreement of the elevational materials pre-dated the adoption of the new South Dublin County Development Plan 2022-2028,” the council said.

The new development plan was made on June 22, 2022 and it came into effect on August 3.