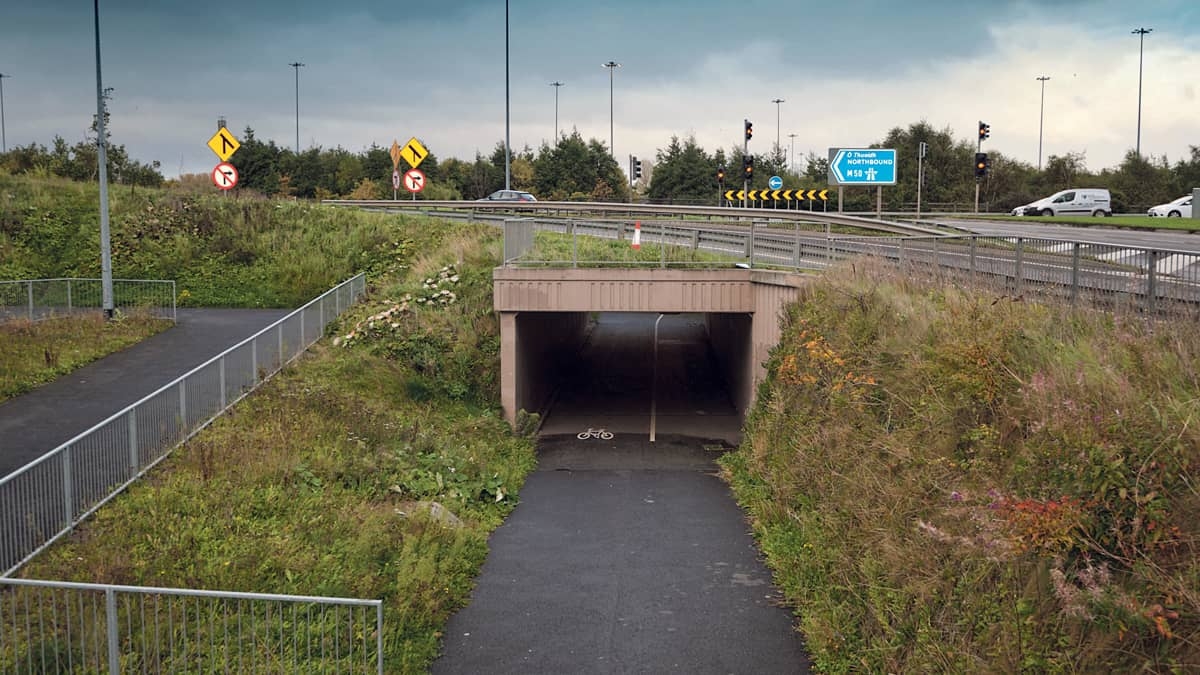 Confusion over responsibility for upkeep of M50 underpass

A QUESTION concerning where responsibility lies for the underpass system at the M50/Spawell Interchange has been raised in council chambers.

Over the years, there has been confusion over who is responsible for the maintainance and upkeep of the underpass system, which is an important access route for many pedestrians, public transport commuters and cyclists.

Councillor Carly Bailey (Social Democrats)  this month placed the issue back on the agenda after she tried to report a “huge amount” of broken glass under one of the underpass pedestrian bridges.

In a question to council management, Cllr Bailey said: “I contacted the out-of-hours service of the council on a Sunday to report a huge amount of broken glass under one of the underpass pedestrian bridges, just before the path way that leads to the kissing gate at the Dodder weir.

“I was informed that it wasn’t under the remit of the council nor was it clear on who to contact.

“M50 Concession did not appear to have an out-of-hours number that I could find.

“Do they carry out work at weekends?

“Who is responsible if there was an accident?

“Who ensures that reports are looked after?

“I don’t think this situation is at all satisfactory and would ask the Chief Executive to please consider at least ensuring that reports are passed on to the appropriate body to be handled.”

In a brief reply to Cllr Bailey, council management said that the roads underneath the M50/Spawell Interchange are managed by M50 Concessions on behalf of Transport Infrastructure Ireland (TII).

A spokesperson for Transport Infrastructure Ireland (TII) confirmed to The Echo that the underpass is under their management and maintained by M50 Concessions.

“Anything crossing over or under the M50, M50 Concessions maintain on behalf of you, the road user and tax payer”, the spokesperson said.

According to the spokesperson, M50 Concessions are “responsive” to emails and monitor them 24 hours – with the recent issue of broken glass addressed.

Report any issues concerning the underpass system to info@mtcc.ie.

NEWER POST€50,000 agreed to be spent on fencing to protect skate park
OLDER POSTBusinessman had €45,000 of cannabis ‘foisted on him’