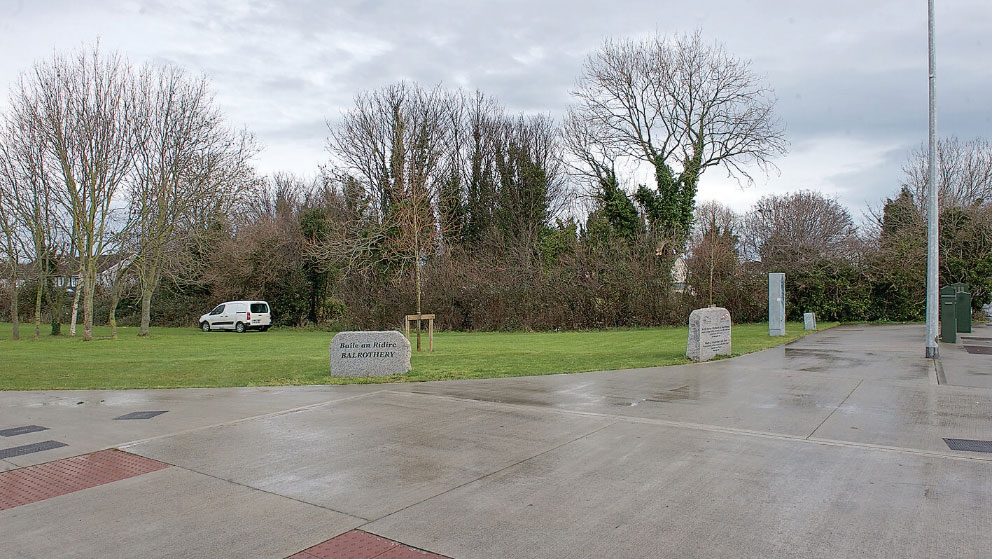 Construction starts on 15 houses in Balrothery

CONSTRUCTION has started on the development of 15 three-storey houses in Balrothery in Tallaght.

The plans for the development, which is to consist of 15 three-storey houses and the construction of a new entrance to the development on the Tallaght Road, were lodged with South Dublin County Council in 2014 by Tarol Investments Ltd.

Work has started on 15 three-storey houses in Balrothery

After receiving a grant of permission for the local authority, the plans then went to An Bord Pleanála after members of the community, including councillors and residents’ associations, lodged appeals against the council’s decision.

The primary issue was with the proposed height of the houses within the development, but ABP ultimately granted permission for the development in 2015, with construction beginning this week.

Independent councillor Mick Duff told The Echo: “I’m pleased that work has started on the development after years of the site lying vacant.

“Unfortunately, our objections to the height of the three-storey houses weren’t listened to,” said Cllr Duff, adding that the appellants had hoped ten two-storey houses would be developed instead to be “in keeping with the density of the surrounding area.”

The site of the development has had issues with litter and rubbish being dumped there, according to Cllr Duff.

He added: “At this point it’s good to see something happening [at the site].”

Cllr Duff also explained that the development is “constrained by the fact that it cannot expand out into the lands around it”, following his input during the ABP appeals process.