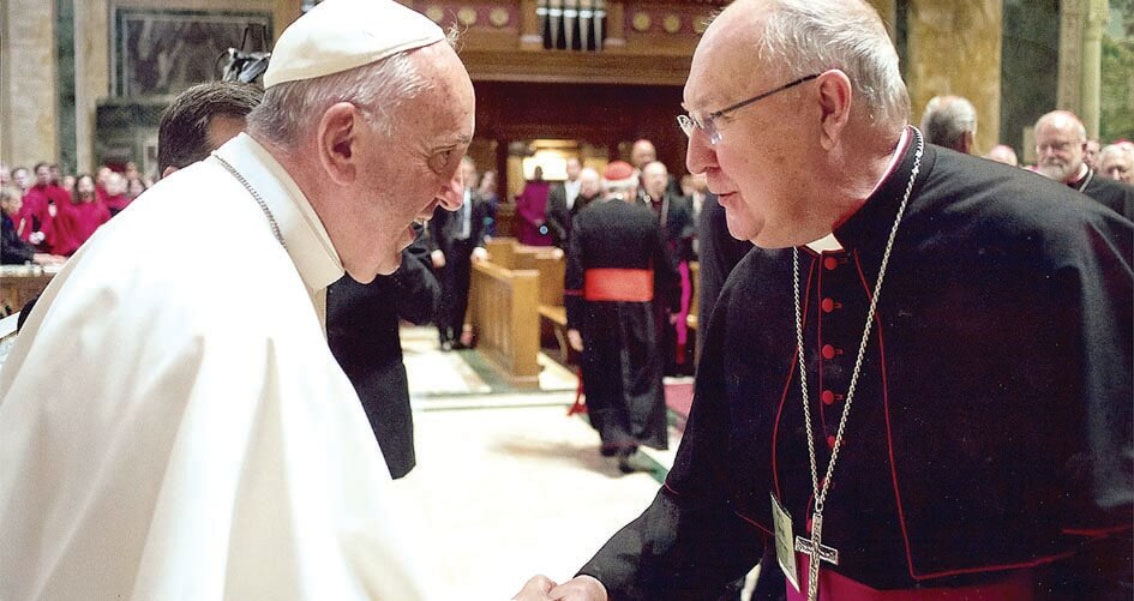 POPE Francis has named Drimnagh priest Cardinal Kevin Farrell as the new ‘Camerlengo’, the prelate who runs the Vatican between the death or resignation of a pontiff and the election of a new one.

In this role, Cardinal Farrell takes charge of the goods and temporal affairs of the Holy See between the death of the serving Pope and the election of the next.

The role only officially commences upon the death of the Pope.

The Camerlengo must also place seals on the Pope’s study and bedroom and ensure that the Papal apartments remain vacant and secure until a successor has been elected by the conclave of cardinals. He also takes the Pope’s ring – the sign of his authority – and ensure that it is defaced to prevent documents being forged with the late Pope’s seal.

Cardinal Farrell was born in Drimnagh in 1947 and ordained a priest in Rome in 1978.

In 2001, St John Paul II appointed him as an auxiliary bishop of Washington DC in the US and in 2007 he was appointed Bishop of Dallas by Pope Benedict XVI.

He served in this role until Pope Francis appointed him as head of the new Vatican department for laity, family and life in 2016. He was made a cardinal the same year.

Pope Francis gave him responsibility for organising the World Meeting of Families in Dublin, which was the occasion of the pontiff’s visit to Ireland last August.

The Farrell brothers hail from Galtymore Park in Drimnagh, and served as altar boys at the local church.

The brothers returned to the parish to celebrate Mass during the Eucharistic Congress of 2012.