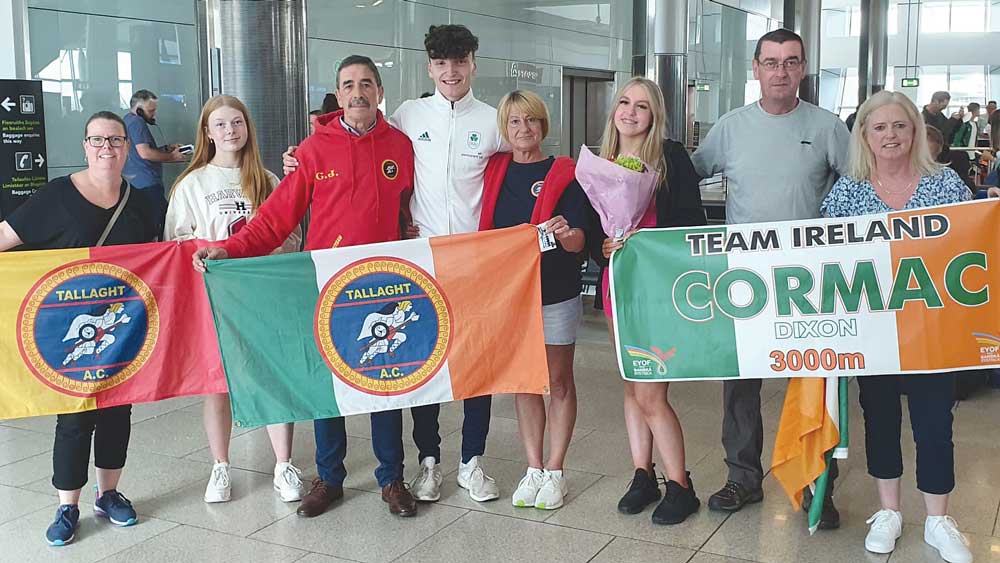 Cormac knocks 12 seconds of PB at Olympic Festival in Slovakia

ONE of the performances of European Youth Olympic Festival in Slovakia last week was from Cormac Dixon in the Boy’s 3000m Final, reports William O’Connor.

The Tallaght Athletics Club runner was pipped on the line for a medal, finishing fourth in a remarkable time of 8:28.62.

A student in Holy Family Secondary School in Rathcoole, Cormac knocked 12 seconds off his previous best, digging deep to just miss out on bronze to Italy’s Vitorre Simone Borromini by 0.07
seconds.

Romania’s Lucian Stefan took silver, with Dixon, Stefan and Ottfalk all scoring PBs in the battle to the line.

Team leader for the athletics team Jacqui Freyne said after the race: “A 12 second PB over 3000m is absolutely huge. 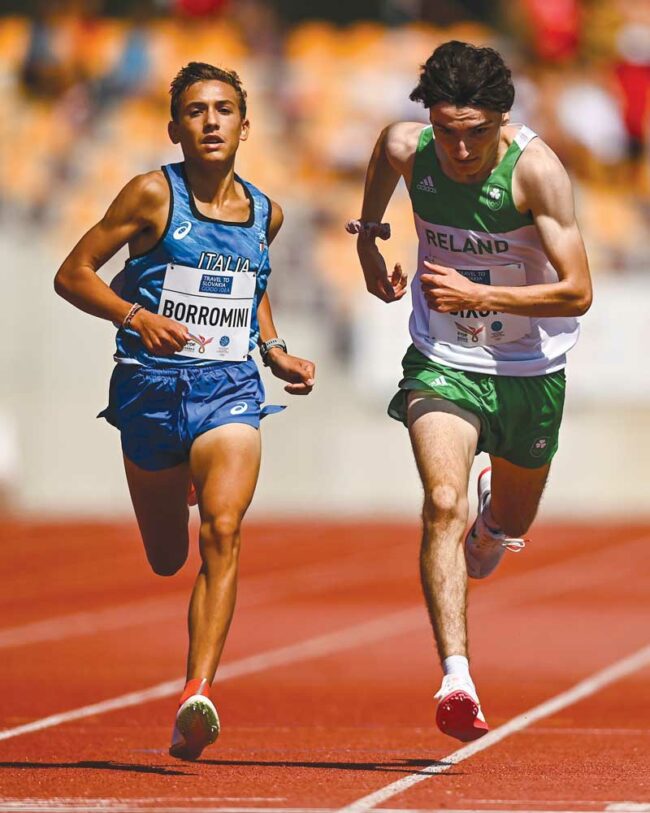 “Cormac ran a really great race, he put himself in the mix and he went after the breaks.

His coach Cecil Johnson will be incredibly proud of him.

“We are all heartbroken for him to be losing out on a medal by 0.07, when you run such a huge PB, it’s really tough.”

Tallaght AC coach Cecil Johnston said: “Both myself and Shirley Murray, his coaches are truly proud of his performance but gutted for him, coming so close to making the podium”