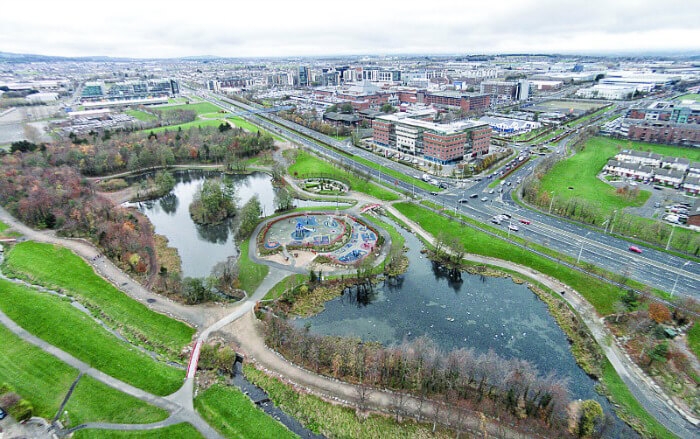 SOUTH Dublin County Council has stated that it is “committed” to reapplying for a Green Flag for Sean Walsh Park in 2019.

The council stated this in response to a question asked by Fianna Fáil councillor Charlie O’Connor at the monthly meeting of the Tallaght Area Committee.

Cllr O’Connor asked the council’s chief executive to “detail plans for the further enhancement of Sean Walsh Park ensuring that the Park maintains its Green Flag status. Will he appreciate the importance of the Sean Walsh Park to the Tallaght community and make a statement?”

The Green Flag Award is an international benchmarking standard for parks and greenspaces that is awarded when a number of criteria is met, including high environmental performance and good management.

There are concerns about Sean Walsh Park’s Green Flag status, as a local environmental community group called Tallaght Litter Mugs, which carried out regular clean-ups of the park, disbanded after the council went ahead with plans to build older persons’ housing in a section of the park near Tallaght Stadium.

The local authority responded to Cllr O’Connor’s question by stating that the majority of the actions listed in the action plan as part of the 2018 application for a Green Flag have been carried out.

These actions include repairing the park’s fountain, cleaning the lake, constructing paths in the extension to the park, launching the Tree Trail and repairing the water rill in the sensory garden.

The council added that they have “a three-year plan for the further development of the park, including the design and installation of a Trailhead for the start of the Dublin Mountain Way, implementing recommendations of the Pollinator Plan and providing gym equipment in the park.”