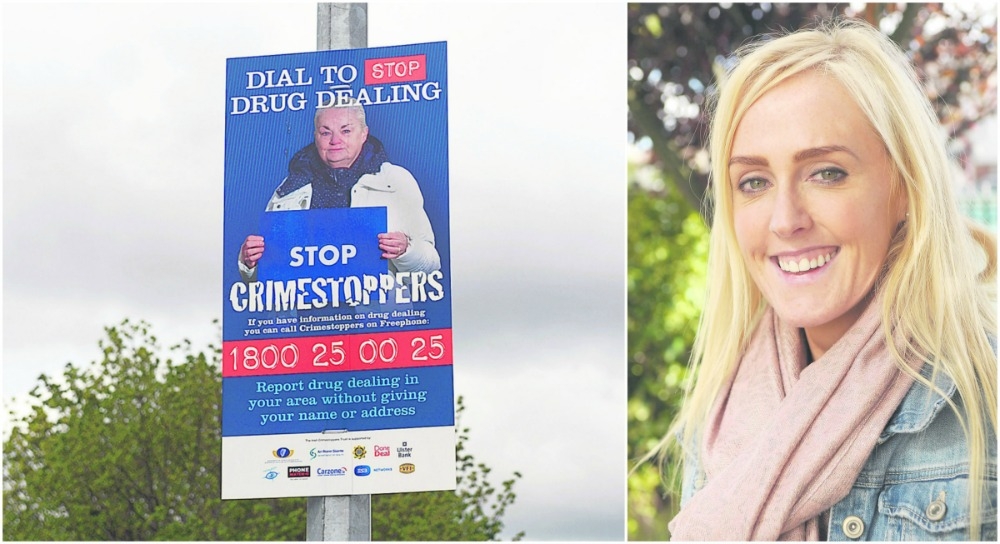 IN THE past month, seven drug-dealing reports in relation to the Tallaght area have been received through the Crimestoppers number – with one report leading to the seizure of €10,000 worth of cannabis.

The continuing issue of open drug-dealing in estates has resulted in the Tallaght Drugs and Alcohol Task Force (TDATF) seeking a community response to the issue, with residents encouraged to report any activity they see to the confidential Crimestopper number.

In recent weeks, more than 200 Crimestoppers posters were erected across the area, with The Echo understanding that gardai at Tallaght have noted an increase in drug-reporting.

In new information provided to The Echo, seven reports of drug-dealing in connection with activity in Tallaght have been made through the Crimestoppers number in the past month, with some reports still under investigation and one leading to the seizure of €10,000 worth of cannabis.

Grace Hill (pictured above), TDATF co-ordinator, told The Echo: “We’re really glad to hear that reports are coming through and it also reassures us that the campaign is working.

“The posters create a conversation and will hopefully encourage communities to see that they are not alone in this . . . we want people to know that there is something they can do, that things can change.”

She added: “We’re starting to see an acceptability across some estates that open drug-dealing just happens and there’s nothing that can be done about it.

“The more it happens, the more people start to think it’s normal – which I think is really sad.

“However, through working with communities, we know that people are sick and tired of open drug-dealing and drug-related crime in their communities and hopefully through Crimestoppers they can make a stand.”

Believing that open drug-dealing sets a dangerous example to all children and young people,Ms Hill said: “When the Tallaght drugs task force was set up 20 years ago the community had come together to tackle the issue [of drugs], and we need people to become active again.

“We can’t deal with this issue on our own or without information and we’re asking people if they see it, report it – we need a community response, we need people to work with the gardai and the task force.

“We do not want to put anybody at risk, but people can report incidents of open drug-dealing in confidence to Crimestoppers or they can become involved in the task force.

“We are always looking for new community representatives and fresh voices around the table and welcome engagement from residents.”

To contact Tallaght Garda Station, which has a dedicated officer for drug-related intimation, call 6666000.