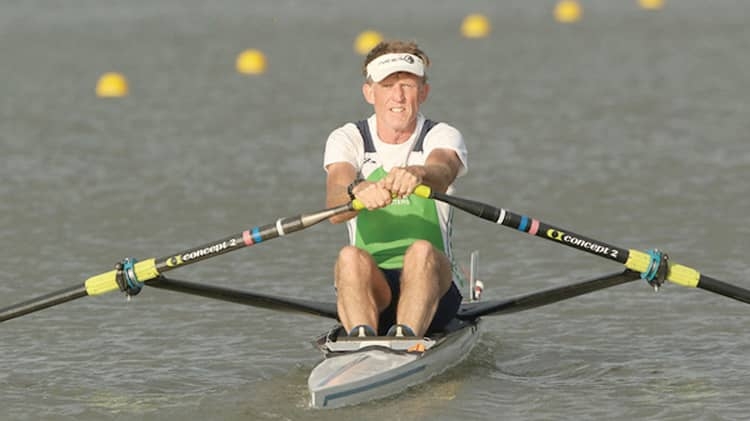 FOLLOWING the heavy disruption to international rowing caused by the COVID-19 pandemic, Lucan rower Denis Crowley is set for a return to action at the British Masters Championships in Nottingham on June 12.

A coach of the senior squad at Commercial Rowing Club in Islandbridge, Crowley has witnessed first-hand the excitement that greeted the sport being given the go-ahead in recent weeks.

Until the past month, Crowley and his fellow rowers right across the country were severely restricted in what they could do.

“It was quite difficult” he admitted. “Commercial Rowing Club were able to give all of the senior guys and all of us masters - and most people in the club - one of the indoor rowing machines to train on, because they couldn’t train in the club, naturally. They brought them home to their own houses and kept them for a number of months.

“That has sufficed and in the last month then, they were allowed row in small boats where there was no contact.

“In the last couple of weeks, they were allowed row in crew boats. There was still no contact of course, but there is sufficient distance to allow crew rowing. That has taken off and allowed us a full range of training essentially” he explained.

Aside from the British Championships, Crowley is also planning to compete at the Henley Masters in July and the World Championships in September.

In the 2019 edition of the latter, he came away with eight gold medals and would happily settle for something similar this year.

That is, of course, on the presumption that every event goes ahead as planned – something that simply cannot be taken for granted in the current climate.

“That would be very successful if I even did half as well again [at the World Championships]” said Crowley.

“All the winds can be difficult and I hit a lucky vein of form that year. Maybe if I got half as good again, I’d be pretty happy with that.

“Everything is COVID dependent. There’s still an element of doubt in all the races we have to go to. They’re only starting to open up now.

“The events in the UK have started to open up. In June they’re going to open up first, so outdoor events can take place.

“That’s what is happening. Once it opens up a bit, then spectators will be allowed and then European travel [beyond the UK] will be allowed” he added.