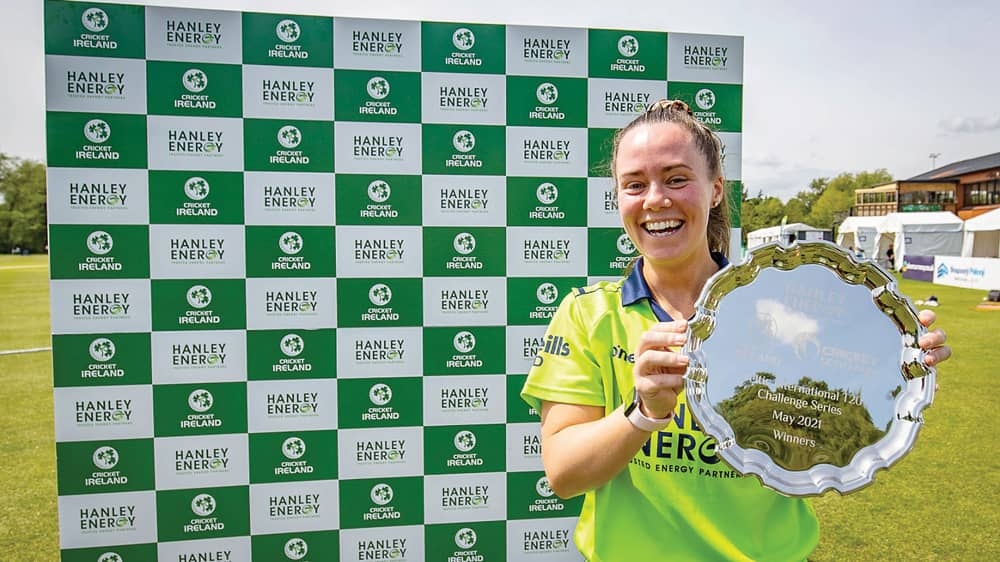 HAVING gone close to two years without an international fixture, Ireland women’s cricket captain Laura Delany was thrilled to be back in action during the four-game series against Scotland at Stormont last week.

Played in front of a live crowd at the Belfast venue - thanks to the relaxation of restrictions in Northern Ireland - Ed Joyce’s side recovered from a difficult opening day to secure the series on a 3-1 scoreline.

Ireland’s previous game was a T20 World Cup qualifier back in September 2019 and Knocklyon native Delany (who hit a 23-ball 27 in the final game) was satisfied overall with the performance of the team.

“I was really impressed, especially with it being such a young group, how we came back from that first game to take the series” Delany told The Echo.

“I think there were a lot of nerves going into that first game. Obviously we had waited so long.

“It was definitely nice to have some spectators up there. A lot of our family and friends came up to support and to have the games live streamed as well, a lot of people tuned in that weren’t able to travel up. Brilliant exposure for the women’s game and nice to have our parents back.”

A graduate of IT Tallaght (where she studied sports science and health), Delany made her Ireland debut in 2010 and ascended to the role of captain six years later.

Since then, her brother Gareth and cousin David have also gone on to establish themselves as international cricketers with the former being awarded a central contract by Cricket Ireland in January 2020.

“It’s a family game. If you look across the men and women’s squads, you’ll see similar surnames across both squads. The Littles, the McCarthys and obviously the Delanys. Thankfully we’ve both been given opportunities and hopefully many more opportunities in the future as well,” she said.

The series with Scotland should hopefully serve as ideal preparation for what is set to be a busy year for Ireland’s female cricketers.

At the tail end of the summer, the squad will take part in the T20 qualifiers which will then be followed by the One Day International (ODI) World Cup qualifiers in December.

If Ireland were able to progress from the latter, it could do wonders for the future of women’s cricket in this country.

“Should we come out of that tournament, we go straight into the World Cup and there is also a place up for grabs in the ICC Championship, which they have extended to 10 teams” explained Delany.

“Previously it was only eight teams. For us, probably one of the biggest aims is getting into that ICC Championship.

“At the moment we rely on countries coming and playing against us, who are T20 qualifiers or ODI qualifiers, as our main series.

“If we were to qualify for the ICC Championship, it would probably take the women’s game here to a more professional level, because there are a minimum number of years you have to play to maintain your status and with that comes a lot more funding” she said.

NEWER POSTLittle chefs cook up a storm to raise €1,000 for Temple Street
OLDER POSTCrowley relishing a return to international rowing