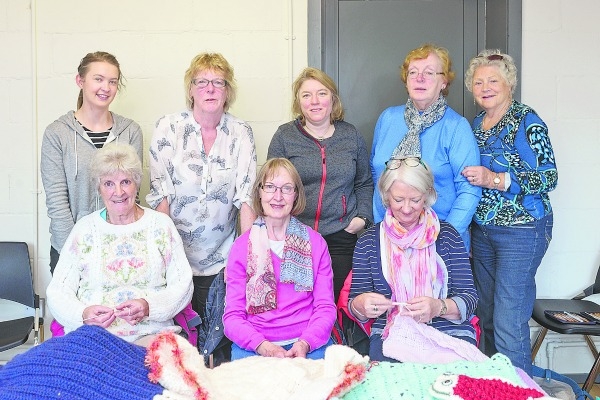 I DREADED crochet in primary school. Once a week, our teacher painstakingly thought the girls how to crochet while the boys escaped to the yard to play sports.

However, after weeks of hounding my teacher to let me out with the boys, she eventually caved and I binned the crochet needle and my pretty scary attempt at a tea cosy, for a football and never looked back. Until now, that is.

Growing up in Tallaght, all I wanted was to be outside playing – the area was a giant playground in the 80s and 90s for any child.

Crochet, knitting or anything that required sitting still for more than ten minutes was a no-go – and let’s be honest, it wasn’t particularly cool.

However, in recent years there has been a serious revival of traditional crafts, with all things crafty and woolly back in vogue – and I wouldn’t mind now being able to design and knit my own winter scarf or crochet a cute, cosy hat for my little nephew.

The revival in traditional crafts could be a result of the recession, when people went back to basics and started mending, making and creating – with a lot of mini-craft-businesses being formed across South Dublin County in recent years.

All you have to do is look at the South Dublin Library service, which offers a host of craft classes, groups and hobby clubs, to get a snapshot of the appetite locally for traditional crafts.

Rosena Hand, Senior Librarian with Ballyroan Library, told The Echo: “There has been a noticeable resurgence in traditional crafts in the last number of years.

“This is evidenced by the number of craft sessions held in South Dublin Public Library branches, and Ballyroan Library is one such branch.

“Here we facilitate a crochet group on Mondays and an embroidery group on Tuesdays – the crochet group is so popular that demand outweighs availability – it’s currently booked to capacity.

“We are also introducing a monthly craft class for adults which begins on Tuesday, October 25.”

She added: “Other branches in the network facilitate knitting groups and hobby hubs.

“I was based in the library in Tallaght for eight years and they have a very established crafts hub, which is attracting people of all ages.

“Not only are the craft classes great social outlets for older residents but they are also providing an opportunity for younger people to learn a new skill.

“We all love to create something from young to old, it’s great being able to say ‘I made that myself’.

“These crafts classes and groups provide a social event, a chance to mix and meet new people and also reflect the craft economy which is emerging – which is a truly sustainable and resilient economy and lots of people want to be part of it.”

Ballyroan Library offers crochet, knitting, embroidery and general craft classes, with all libraries across the service having some form of traditional craft on its programming. Visit www.southdublinlibraries.ie for more.