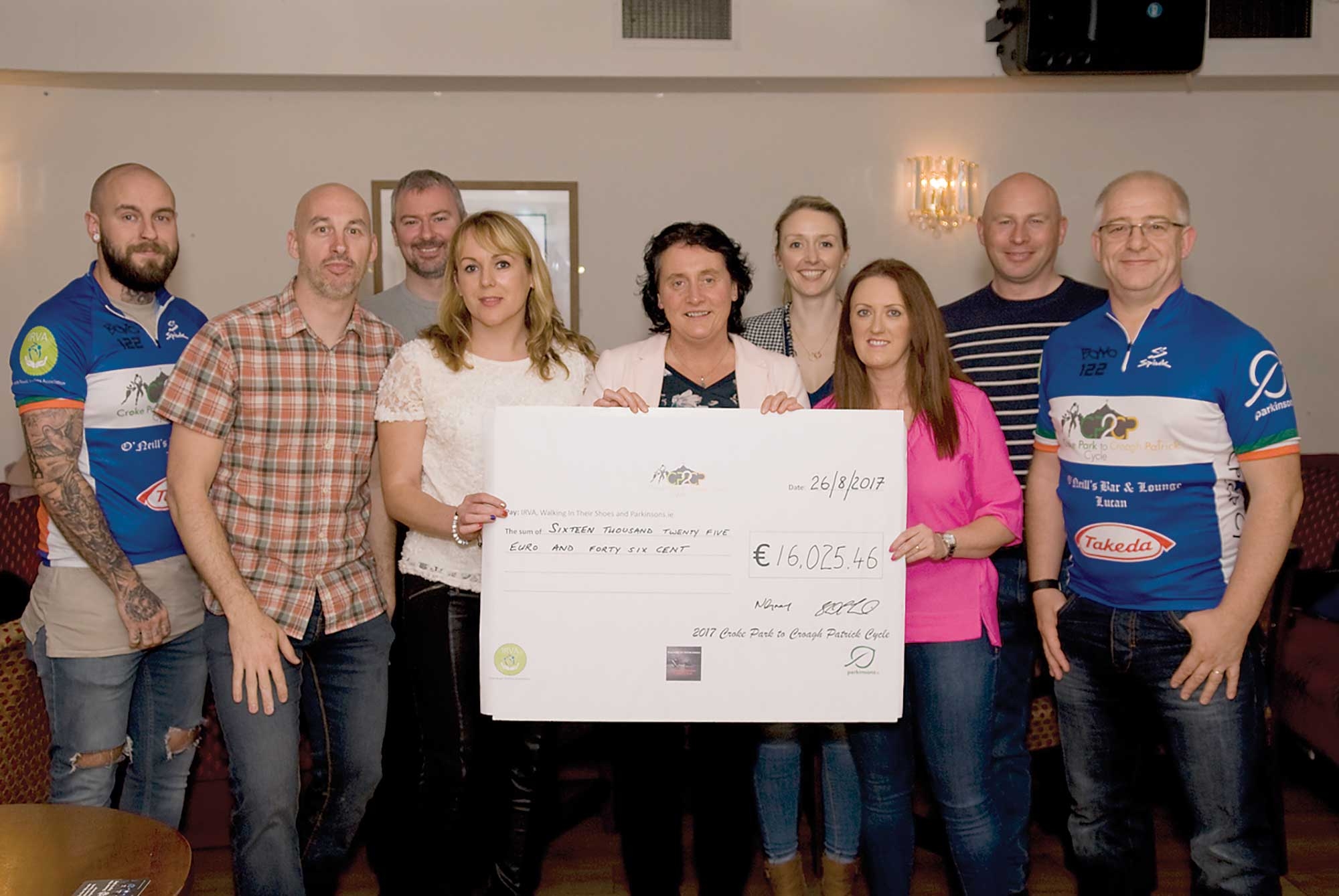 Cyclists raise over €16,000 in trip from Croagh Patrick to Croke Park

AT THE END of August a group of 29 cyclists made their way from Croke Park to Croagh Patrick in Mayo in just one day.

It was the second year of the bi-annual CP2CP Cycle and €16,025.46 was raised for The Irish Road Victim Association, the Parkinson’s Association of Ireland and ‘Walking in the Shoes’ charity, in O’Neill’s Bar and Lounge in Lucan.

This was the second time the charity cycle took place, but this time in reverse to that of the route in September 2015.

The cycle was the brainchild of the late Aidan Lynam of Woodview Lucan, who sadly passed away in May of 2015 while marshalling on Rev-UP 4-DSI (Down Syndrome Ireland – a charity he worked for) before he could do the cycle himself.

This year, Aidan’s wife Nicky completed the cycle in his honour, an amazing achievement for someone who took up cycling only three months prior to the event.

Each of the three charities had been picked by participants from the previous event. With each charity receiving a total of €5,341.82 which is sure to help in their sponsorship goals for 2017. The event attracted participants from Dublin, Kildare, Clare, Cork, Belfast and even London.

All participants and support crew covered their own costs which meant that all money raised went straight to the charities. Huge thanks are owed to the wonderful support crew for looking after the cyclists on the day, also the generous sponsors who helped make the event possible.

The organisers would also like to thank each one of the cyclists who took part. Their energy, courage and commitment were fantastic and the organisers wish them well for their next cycling adventure and hope to see them back in 2019 for CP2CP Cycle TT (Tallaght-Tralee).

The cheque presentation took place in O’Neill’s Bar and Lounge in Lucan.