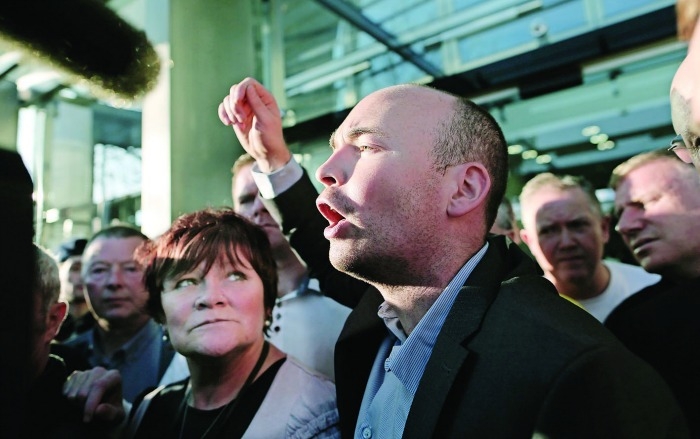 A trial date has been set for Anti-Austerity Alliance TD Paul Murphy and 17 other people facing charges of false imprisonment of then Tanaiste Joan Burton following a water charges protest in Jobstown two years ago.

Ms Burton and her entourage had left a graduation event at An Cosan Education Centre at Jobstown, Tallaght when a demonstration was held which delayed her for about two hours on November 15th, 2014.

She and her team had been attempting to travel by car to St Thomas’ Church for the rest of the ceremony when it is alleged violence broke out.

Judge Melanie Greally set three separate trial dates at Dublin Circuit Criminal Court today/yesterday (MON) after she said she had grouped the accused together based on what charges they are facing.

Paul Murphy, Michael Murphy and Mr Mahon are due to be tried with four others, each of who are charged with false imprisonment, on April 24, 2017. A pre-trial date has been set for December 7, next.

The second trial of six people accused of false imprisonment is due to take place on October 2, 2017 with a pre-trial date hearing for June 8, 2017.

The final trial of five people accused of violent disorder has been set for April 9, 2018 with a pre-trial date set for December 13, 2017.