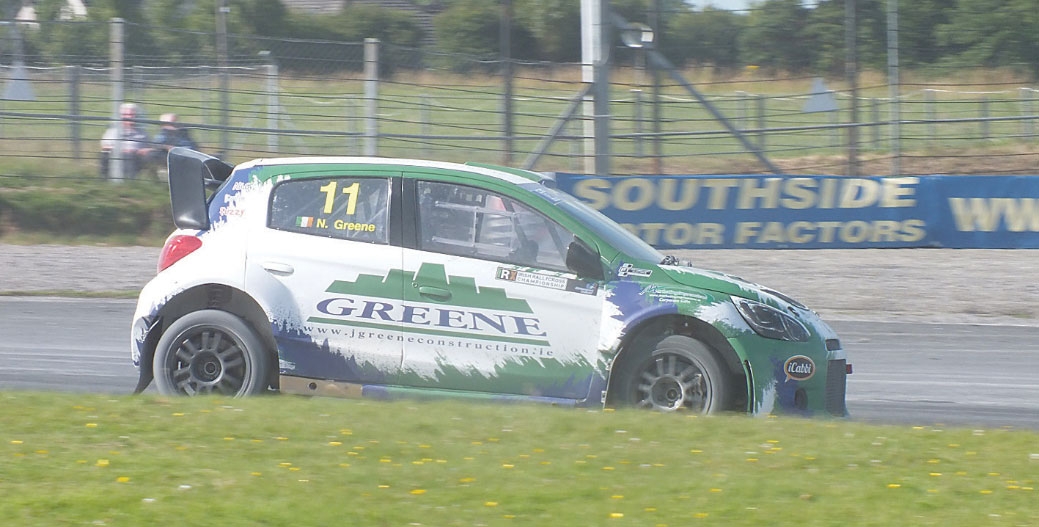 Delight for Greene in Mondello Park

NOEL Greene scored his first-ever Rallycross Super Final win at Mondello Park on Sunday when his Mitsubishi Mirage held off the challenge of double National champion Derek Tohill by just over one second at the chequered flag.

Greene, driving an older, two-wheel drive Ford Fiesta as his usual European championship car is being prepared for next season, qualified on pole position for the main race, thanks to winning the Modified final. However, he was judged to have jumped the start when the lights went green, and was relegated to the back of the grid for the restart.

He battled through the field, but couldn’t get past Greene, ending his hopes of finishing the year with a clean sweep of seven wins from seven Super Finals.

NEWER POSTVideo: Meet our November Sports Star of the Month Shauna Bannon
OLDER POSTeFashion – The start of the Christmas Wish-List!