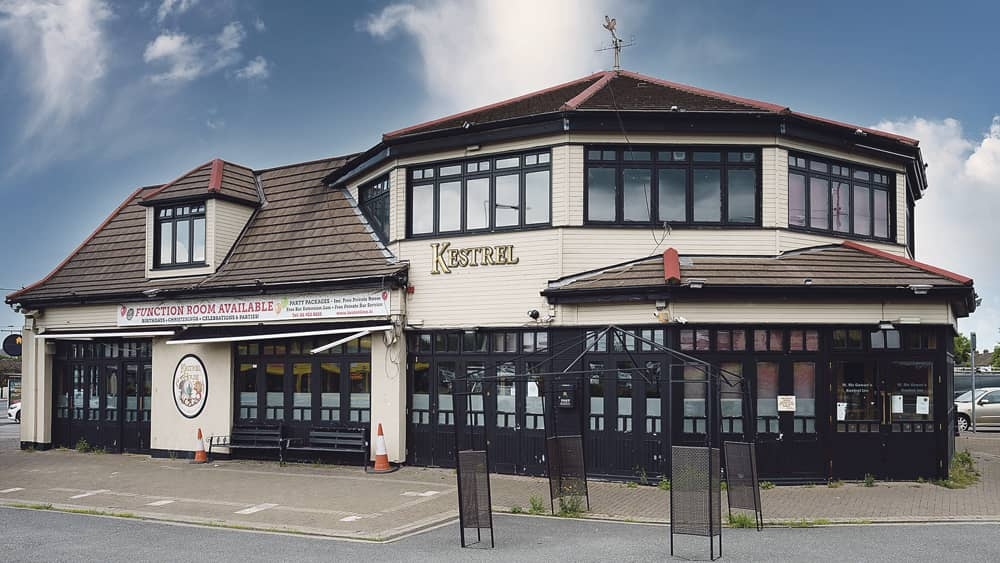 DEVELOPERS have submitted plans to demolish the Kestrel Pub at Walkinstown roundabout and build 52 apartments.

The Kestrel Pub at the Walkinstown roundabout

It closed in 2010, and the following year, publican Michael McGowan bought the premises for a price believed to be in the region of over €2 million.

Double E Investments, the property arm of Double Property Group, are seeking permission from Dublin City Council, to demolish the two-storey Kestrel building and construction of a part 4, 6, 7 and 8-storey mixed-use development, consisting of 52 apartments (23 one-beds and 29 two-beds).

The developers are the group behind plans for Greenhills Shopping Centre.

According to the plans, there are no car parking spaces planned, due to the site’s proximity to transport links, and provision for 96 bicycle parking spaces.

Each unit will have access to private amenity space via a balcony/terrace and 381.6 sqm of external communal amenity space provided at 4th and 6th floor levels.

The plans feature landscaping and all associated site development works.

According to a submission by C+W Architects on behalf of the developers, the 1980s public house has had a changing context since it’s construction and the current Covid crisis has presented a “potential site for redevelopment”, to “get more efficient use of the site”.