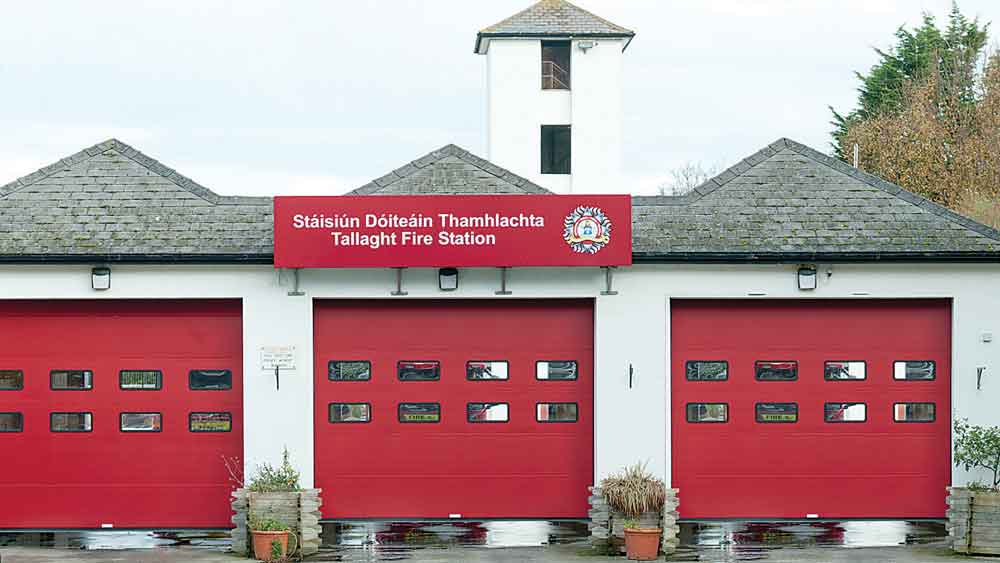 DFB is ‘100 firefighters short of what are required’

DUBLIN Fire Brigade is “100 firefighters short of what are required to adequately and safely man our fire stations” according to a local TD, who has criticised the government’s lack of action on the staff shortages.

TD for Dublin South West Sean Crowe recently spoke out about the worrying staff shortages, stating that it is “directly impacting” Dublin Fire Brigade firefighters on their response time and capacity to respond to major incidents and putting them at risk.

“We need to remind ourselves that Dublin Fire Brigade responds to fires, car crashes, accidents, storms such as we experienced recently and emergencies, 24 hours a day, 365 days a year”, said Deputy Crowe.

“It operates 12 full-time stations, inclusive of the station at the Belgard Road in Tallaght.”

Stating that our fire service is now at “crisis point,” Deputy Crowe added that this is not a new issue, and Dublin Fire Brigade have been highlighting the issue of understaffing for a number of years.

“Tallaght fire station is the centre for responses to major incidents in Dublin, Kildare and Wicklow.

My fear is that it does not have the personnel or the necessary equipment to respond to such emergencies.

“The lack of planning is evidenced elsewhere in that there are only 36 trainees to graduate this January, which is not nearly enough to fill the existing vacancies in the service.

“More firefighters will retire next year.

“If this continues, more gaps will open up and responders will be spread even more thinly.

“Staff shortages directly affect the emergency response times of Dublin Fire Brigade and must be immediately addressed because understaffing or delayed response times put the public at serious risk.”

In his statement, Deputy Crowe also acknowledged the recent fire at the Glaushaus Hotel in Tallaght and the concerns it raised regarding the lack of aerial appliances in the Tallaght area, as reported on extensively by The Echo.

“In my area of Tallaght, there was a fire recently in an apartment block.

“That incident showed the skills and ability of the ambulance and fire brigade services, but it also served as a warning in regard to resourcing and  staffing of our fire services,” he said.

“On that evening, at the height of the response, there were eight fire brigades on the scene, which is the majority of Dublin Fire Brigade’s strength.

Teachta Crowe continued: “Had a second major incident occurred simultaneously, it would have stretched Dublin Fire Brigade’s response capability to the brink.

“We know that the turntable ladder is located in the city and of the concern that raises in terms of delays, etc.

“A major incident on the M50 and, at the same time, a fire on the north side would put the fire services in the impossible position of having to divide resources with lives in balance.”