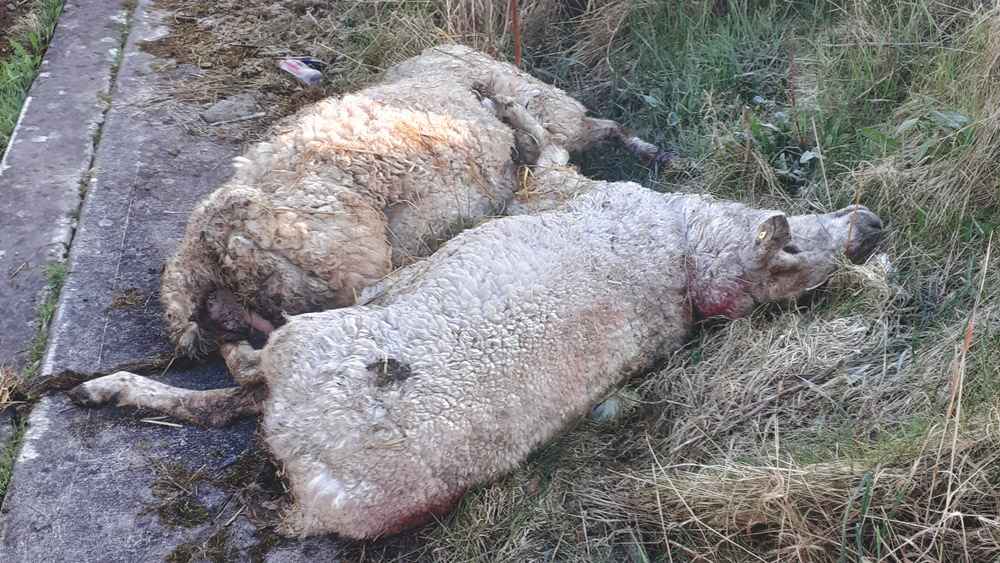 The two dead sheep found at Kiltalown Lane this week

ONGOING issues with illegal dumping at Kiltalown Lane in Jobstown – including the dumping of two sheep carcasses last week – have been branded ‘a disgrace’ by a local resident.

Last Friday morning, local resident Tom McNulty came across the two sheep carcasses after he was contacted by a neighbour about it, and went to survey the scene himself.

The sheep were later removed by staff from South Dublin County Council shortly after they were notified about them.

Mr McNulty told The Echo: “The two dead sheep being dumped was an unusual thing to happen, and it was very wrong.”

However, this is the latest escalation in continued issues with the illegal dumping of all manner of items, such as household waste and furniture, in the laneway over the years.

“The lane is very badly kept, it’s like it’s been forgotten about,” added Mr McNulty. “The laneway is well known for dumping.

“There are fridges, cookers and all kinds of household waste – they dump anything you can think of and it’s not being cleaned by the council. It’s a disgrace.”

As far back as 2016, an Echo report described Kiltalown Lane as a ‘litter hotspot’. In two separate incidents in 2017, two dead horses were dumped in the laneway. 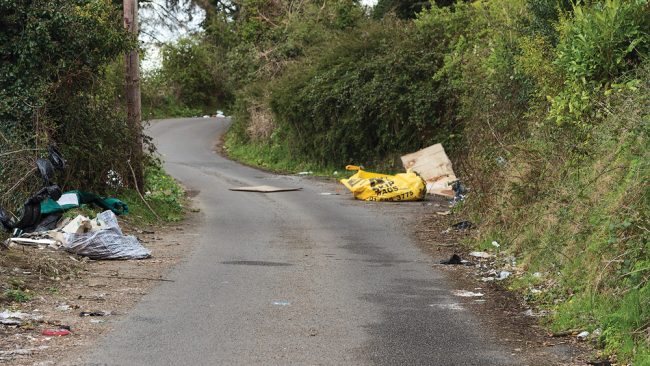 Rubbish on both sides of the road along Kiltalown Lane

The problem with illegal dumping on the lane is a continuous source of frustration for local residents. It’s getting increasingly worse, according to local Sinn Féin councillor Dermot Richardson.

“There’s always been an issue with dumping in the laneway, but I think it’s getting out of control,” Cllr Richardson told The Echo.

“The waste is all down both sides of the road. I drove up it last week, and I felt sorry for the residents that have to live up there. I think it’s getting worse.”

When speaking to The Echo on Tuesday morning, Cllr Richardson said he had received confirmation from South Dublin County Council that they planned to clean up the laneway.

A council spokesperson confirmed to The Echo that they removed the two sheep but it “has not been successful in tracing the current owner of the sheep”.

“Arrangements have been made for a clean-up to be carried out here in the coming days.

“The area is a known dumping black spot which is patrolled by the council’s litter warden on a regular, sometimes daily, basis. Where evidence is found, appropriate enforcement action can be taken.”

The local authority added that, last year, it successfully secured funding under the Anti-Dumping Initiative (ADI) to carry out works along Kiltalown Lane with a view to combatting illegal dumping.

“The works carried out by [the council] in 2021 under the ADI included several clean-ups of dumped materials on Kiltalown lane and the installation of seven public lighting columns along a section of the lane,” stated South Dublin County Council.