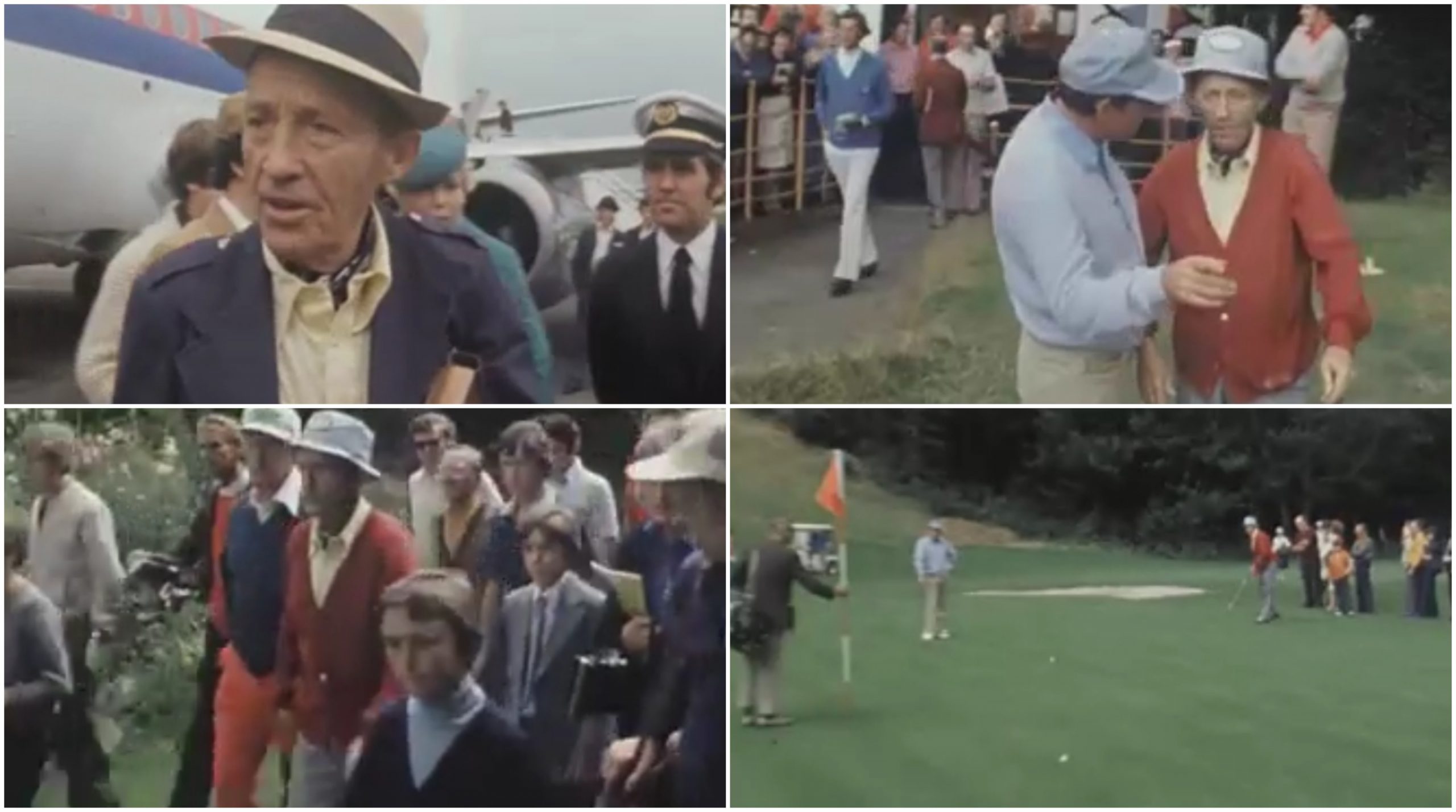 Do you remember the day Bing Crosby came to Lucan to play golf?

Do you remember the day Bing Crosby came to Lucan to play golf? Neither did we!

The year was 1976 and Crosby was in Dublin for a Pro-Am golf tournament at the Hermitage Golf Club in Lucan.

The Artane Boys greeted the singer and movie star when he touched down on the tarmac at Dublin Airport, and his son Harry watched on as his father was thronged by the crowd.

On the course his every move was followed by thousands of fans wishing to catch a glimpse of one of the biggest recording artists of the 20th century.

The piece was broadcast on RTE News on this day in 1976.