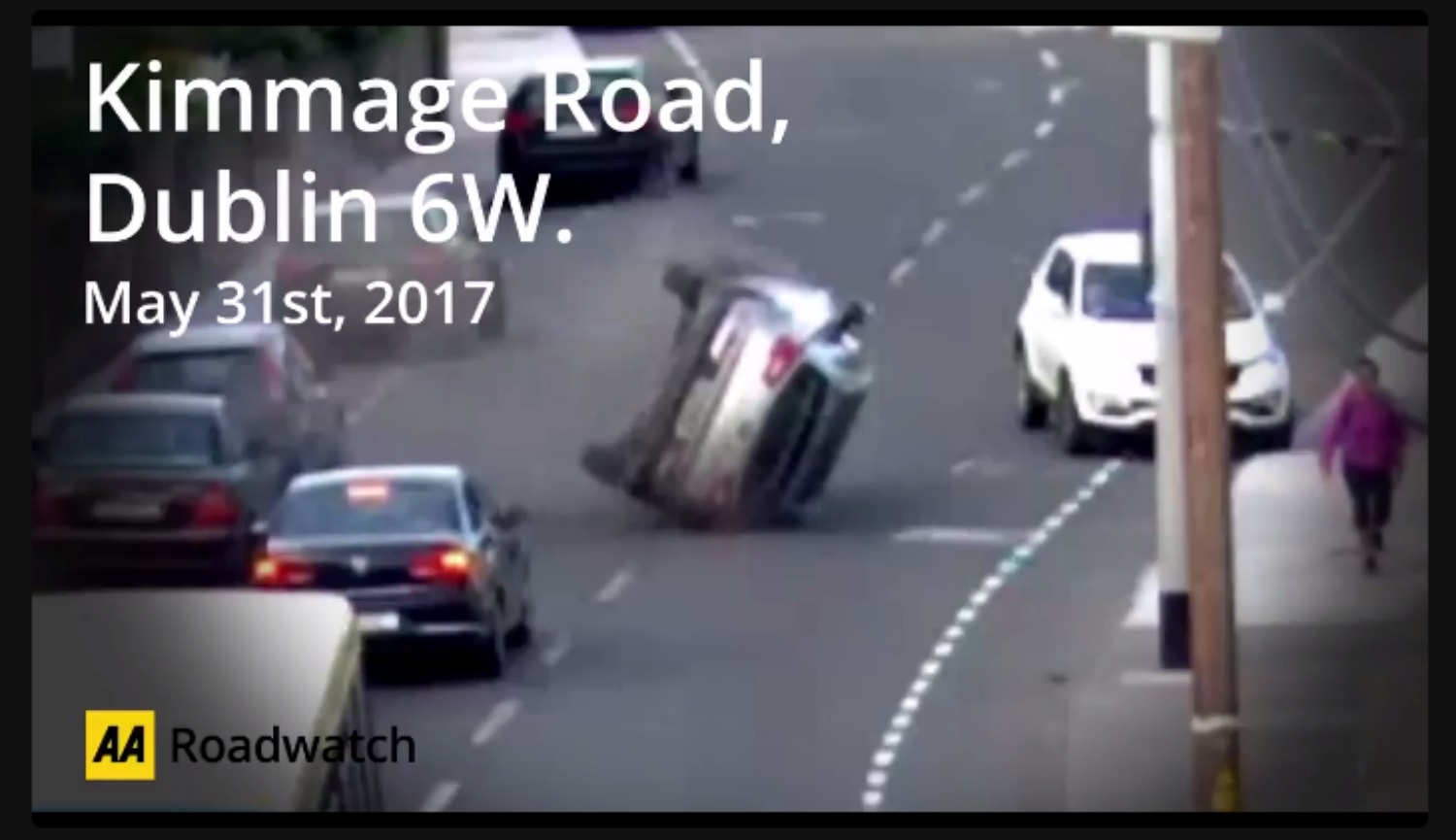 The AA have shared dramatic footage from a crash which occurred this morning on the Kimmage Road.

Thankfully the driver of the SUV was not seriously injured, but the AA have warned drivers to be careful on the roads ahead of the Bank Holiday weekend.

Here’s a timely reminder to take extra care on the roads ahead of the bank holiday. Fortunately, the driver was not seriously injured. pic.twitter.com/D5La6r1Ang

The driver can be seen moving towards parked cars before the vehicle collides with another vehicle and flips onto its side, almost colliding with another motorist.

A frightened pedestrian can also be seen quickly running away from the second vehicle which had swerve to avoid a collision.

The road was closed for some time while emergency services dealt with the incident.