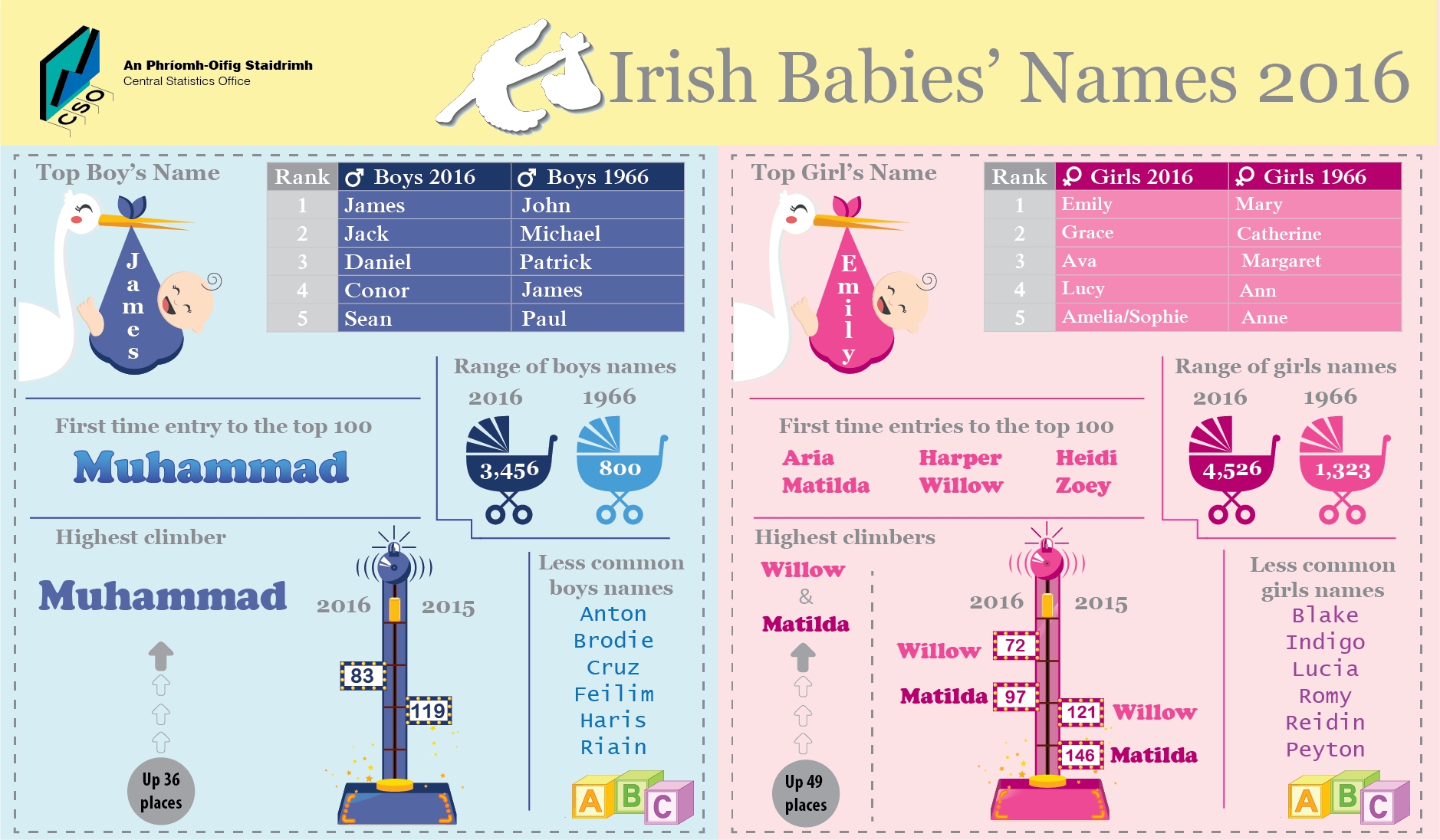 Ireland’s most popular baby names have just been released

Ireland’s most popular registered baby names for 2016 have just been released, and several names have made the top 100 for the first time.

The figures released by the CSO see James taking top spot for boys named in 2016, moving from second in 2015, while Jack slips from first to second place.

Irish Babies Names 2016. James and Emily the most popular names in 2016 https://t.co/0PfdXRTIXi pic.twitter.com/I1gYMrrwKF

Daniel, Conor and Sean make up the top five, while Noah, Adam, Oisin, Michael and Luke complete the top 10.

Emily remains the country’s favourite girls name for the second year running, while Grace moves to second from eighth in 2015.

Ava, Lucy and Amelia complete the top five, while Sophie, Emma, Mia, Hannah and Lily make up to the 10.

For more check out the CSO HERE.