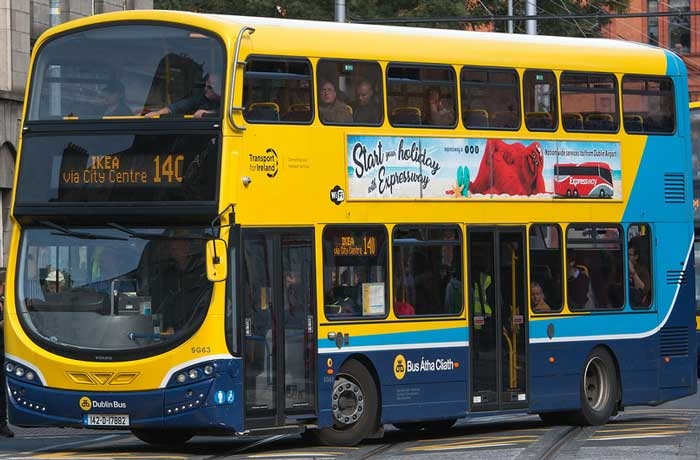 DUBLIN BUS increased their services to Lucan and Palmerstown last Monday, January 29, with the 26, 66 and 67 routes having extra services.

Deputy John Curran, TD has said that demand on Dublin Bus in Lucan and Palmerstown is reaching crisis point for commuters who rely on the service daily.

He has called on the Minister for Transport, Shane Ross to introduce urgent measures to alleviate the growing demand on bus services for those living along pressurised routes in west Dublin

He told The Echo: “After subsequent representations to Dublin Bus to address the demand on the service in the Lucan and Palmerstown area, I am glad that they have made some effort to better support commuters in the area. While Dublin Bus has also recently added some additional trips to the morning peak service on Route 25, I am also hopeful that they will further extend Lucan’s Route 25 which is currently under review.”

He says he has been contacted by local residents regarding the “intolerable situation in Lucan”;. Deputy Curran says that 25a, 25b, 66 and 67 buses are overcrowded from as early as 6.30am and are not stopping for commuters.

He added: “This is simply not good enough for residents who get up at the crack of dawn to make their way to work but face this chaos on their commute.I am conscious that without a long-term plan set out by the Minister, the substantial investment made in our public transport services will be put at risk and will be no longer fit for purpose. The gridlock and commuter chaos will continue on a daily basis.”