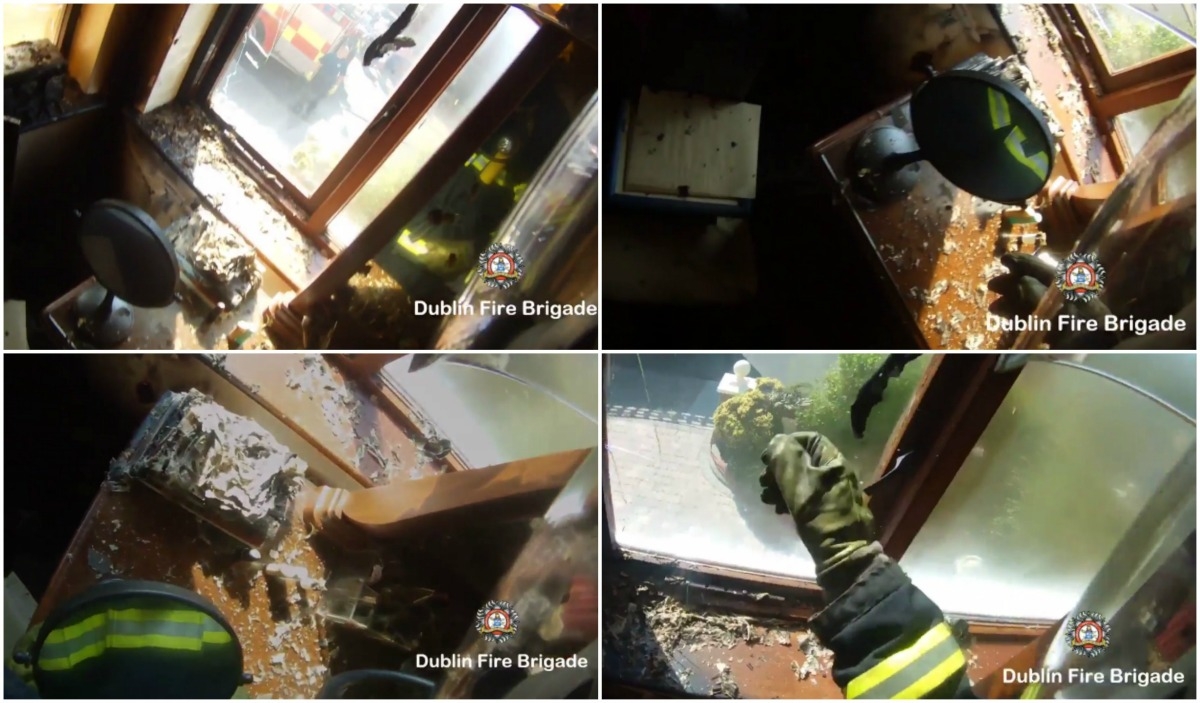 Dublin Fire Brigade have issued a warning to the public in relation to how the sun can cause domestic fires when it reflects off mirrors or aerosols left near a window.

In a video shared by DFB, the remains of a house fire can be seen, and the emergency service said it was most likely caused by the sun reflecting off a mirror located near a bedroom window.

It’s going to be another sunny day. Have you any of these in your window? Move them. Direct strong sunlight can cause a fire or explosion. pic.twitter.com/MoXOydR7kQ

We’re trying to raise awareness of how the sun can cause fires… This domestic was most likely caused by this mirror. Watch. #heatwave pic.twitter.com/dQcVlkSXFI

@DubFireBrigade @FireSafetyIre Had a close one last winter when the low sun could reach further into the room to the mirror. Was lucky to be at home and smell it burning. pic.twitter.com/w3pIVvGmUn

Other items, including glassware, can also reflect sunlight, which in turn can lead to fire.

One Twitter user also shared an image of burned cardboard, which they said was caused by low lying sun.

Luckily the home owner smelled the burning and was able to distinguish the smouldering before it spread.