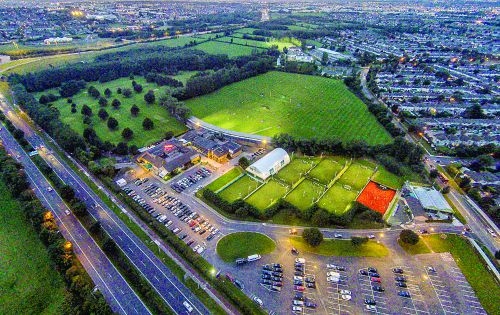 Dublin GAA set to buy Spawell complex according to reports

Dublin GAA are expected to wrap up a deal to purchase the Spawell complex for an estimated €9 million according to reports this morning.

The county board attempted to buy the coveted development site back in 2015, but their bid was said to be below the asking price at the time.

It is now believed that Dublin GAA will buy the site and develop a 25,000 seater stadium, which will add to the area’s already well-established sporting stadia, which includes the National Basketball Arena and Tallaght Stadium, which is set to see its capacity rise to 10,000 with the building of a third stand.

The Spawell complex is located a short distance from both Faughs GAA Club and St Jude’s GAA Club in Templeogue, and has easy access to the M50.

When previously put on the market, the complex was home to nine businesses, while it included planning permission for the construction of a five-storey hotel, two-storey leisure centre and over 550 car parking spaces – which is valid until April 2020.

According to GAA insiders at the time of the failed bid in 2015, the Dublin County Board had not given up on the Templeogue site and they were hoping to open up negotiations with the new buyer.