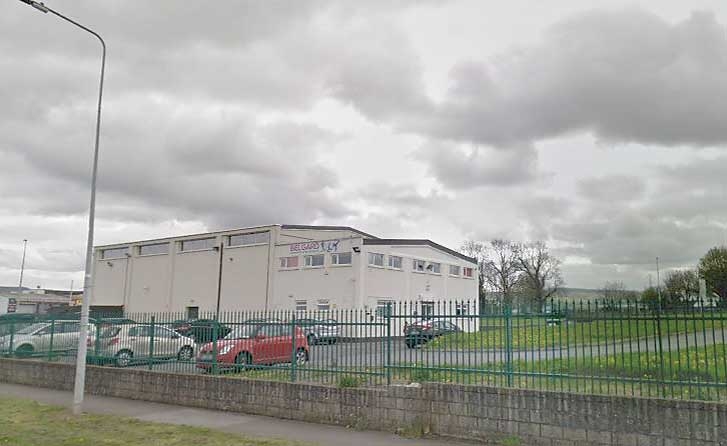 Christmas came early for the Belgard Heights Youth and Community Centre, who recently got a €150,000 grant from the government’s sports capital programme – the maximum amount allocated to a single organisation.

Announcing the good news online, the community centre said that they intend to put the grant towards the construction of four astro pitches.

The centre, based on Belgard Road, are hoping to undertake a significant redevelopment in the coming years, which will see the building double in size, with an added revenue stream from the pitches.

The entire project will cost an estimated €1.5m.

John Sexton, manager of the centre, told The Echo: “The total cost of the [astro pitches] will be approx €350,000 and we have already committed €200,000 to this project ourselves.

According to Mr Sexton, work on the development of the centre has been ongoing since 2009, when Mr Sexton and the committee purchased the centre.

Mr Sexton recalled: “We took the community centre over in 2009. It was in a deplorable condition

“Over the last number of years around €240,000 from our money went towards a range of improvements and updates.

“We got new floors, did the plumbing, the heating. We gutted the place.”

Mr Sexton said that as well as using their own resources to fund the development, they received grants and funding from South Dublin County Council and the Sustainable Energy Authority of Ireland.

The centre, which hosts a number of community activities free of charge, also took out a loan with Clann Credo, a social investment fund which aims to make capital available to community-focused enterprises to promote their growth.

According to Mr Sexton, the centre’s committee hopes to meet with the council in the new year to begin the ‘tedious’ planning process and to consult construction companies that specialise in astro pitches, in order to provide the best possible surfaces.

Mr Sexton said: “We are extremely grateful to South Dublin County Council, who also helped us fill out the forms for the sports capital grant. We want to thank everyone who has supported us in the development of this excellent centre.”