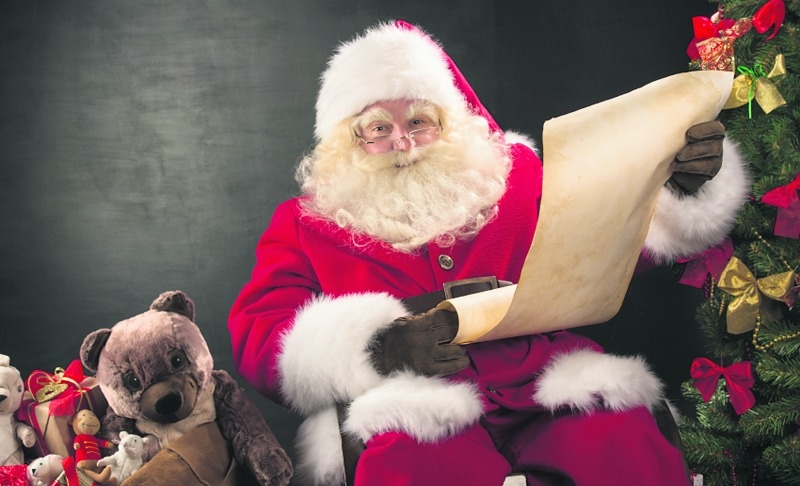 Echo Letters: Enjoy Christmas-time, but watch out for thieves

AS Christmas season gets underway, the red and white colours of Santa are conspicuous – belting out yuletide favourites. Comedian Kevin Hart plays Santa Claus in a new Christmas film made by Disney.

In the UK, Santa Claus is Father Christmas and Sinterklaas in Holland is celebrated by giving gifts on December 5, prior to St Nicholas’s Day on December 6.

Where does Santa Claus come from? One story tells the tale of St Nicholas, a wealthy Greek Bishop, who distributed gifts to poor children in Turkey. How did Bishop of Myra become today’s Santa Claus?

Sinterklaas, a corruption of St Nicholas, merged with Father Christmas to create Santa Claus. Rudolph the Red-Nosed Reindeer, created by Robert May, turned into a song made famous by Gene Autry.

“Nollaig” which highlights stamps much as Noël does in France, is omitted from stamps as An Post records losses of €12m to €15m in 2016 and €40m next year without hiking up stamp prices, bringing an inevitable decrease in letters to Santa.

Shoppers are warned about the spike in thefts from cars as Garda figures reveal €400,000 worth of goods stolen from vehicles in retail car parks in 2015.