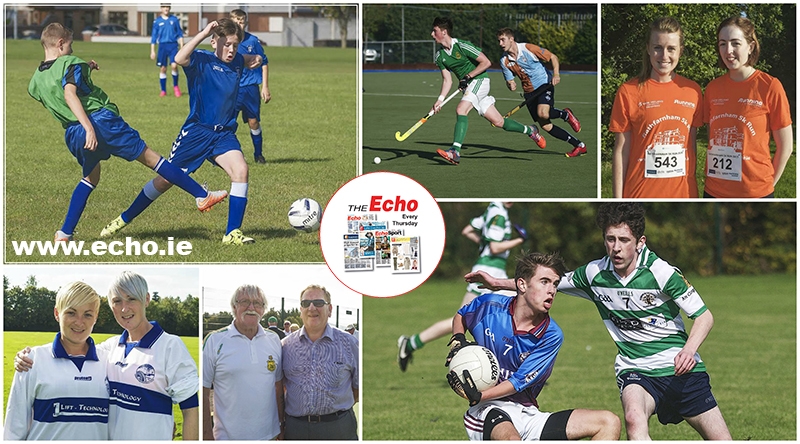 The Dublin Senior Hurling Championship was on last weekend, and we have a full round up of all the results for our local sides, including impressive wins for both St Jude’s and Ballyboden St Enda’s, plus we have all the action and pictures from the U15 Championship clash between Round Towers and Liffey Gaels.

In soccer, we were out covering the DDSL U15 clash between Mark’s Celtic and Collinstown, while we also had our photographer at the Liffey Descent over the weekend where Lucan’s Jenny Egan set a record time in the K2 mixed event alongside Jon Simmons.

In martial arts news, South Dublin Taekwondo’s Jack Woolley continued his remarkable run this month when he travelled to the Russian Open, and we hear from the Tallaght native on a memorable trip east.

Elsewhere, there is news of success for the ladies of Castle Golf Club and some locals who took part in the All Ireland Over 55’s Pitch and Putt Championships recently, while we chat to Firhouse’s Niall Murray ahead of the final round of the SEAT Super Cup Ireland Series this weekend, and there is all the action from the opening EY Hockey League encounter between Threerock Rovers and Glenanne.

Our Sports editor Stephen Leonard also speaks to former St Mary’s and Ireland International Paula Fitzpatrick about her move to Toulouse to play Top 8 rugby, and we preview the start of the Basketball Ireland Premier League season, where Templeogue will play current champions UCC Demons and Eanna will play their first ever top tier game, facing Swords Thunder.

As always, if we have missed anything then please let us know, and make sure to stay in contact with us over the coming weeks with any news from your club or sport.