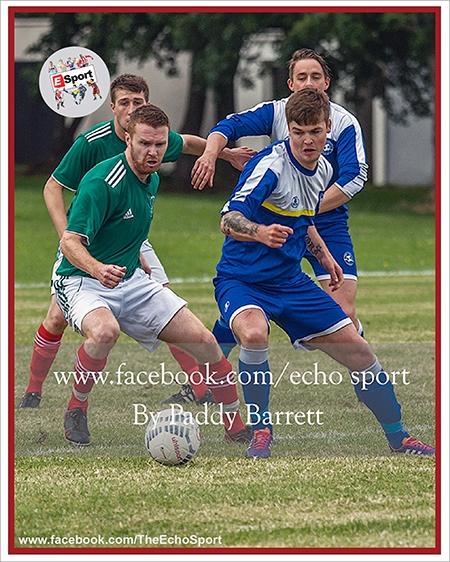 We’ve another packed Echo Sport for you this week, with no less than 11 pages full of your local sporting news. We were at the inaugural Brendan Roberts Cup held by Manortown United on Sunday, and we have all the action and pictures from the final between Crumlin United and Wayside Celtic, plus we chat to St Pat’s manager Liam Buckley as his side go in search of a ninth league win in a row against Bray Wanderers on Friday night.

The National Track and Field Championships took place last weekend, and, as always, local clubs were well represented. Once again the athletes performed brilliantly, and we have the latest on success for Tallaght Athletics Club, DSD, Rathfarnham AC and Donore Harriers at the championships.

In gaelic games, the U14 hurling clash between Lucan Sarsfields and Ballyboden St Enda’s takes centre-stage, while we have news of success for Sars’ senior camogie team after they overcame Faughs Celtic to lift the Summer Cup.

Meanwhile, there is news of Donore’s John Dunne who put in a stellar performance at the World Masters Athletic Championships, where he took home two medals.

Clondalkin’s Hannah Tyrell, who contributed greatly to the Irish Women’s rugby team lifting the Six Nations this year, speaks to us about the upcoming qualifier for the World Sevens Series.

As always, if there is something we have missed then get in contact with us, and don’t forget you can subscribe to The Echo online to read all the latest local news and sport on your mobile, tablet or pc.