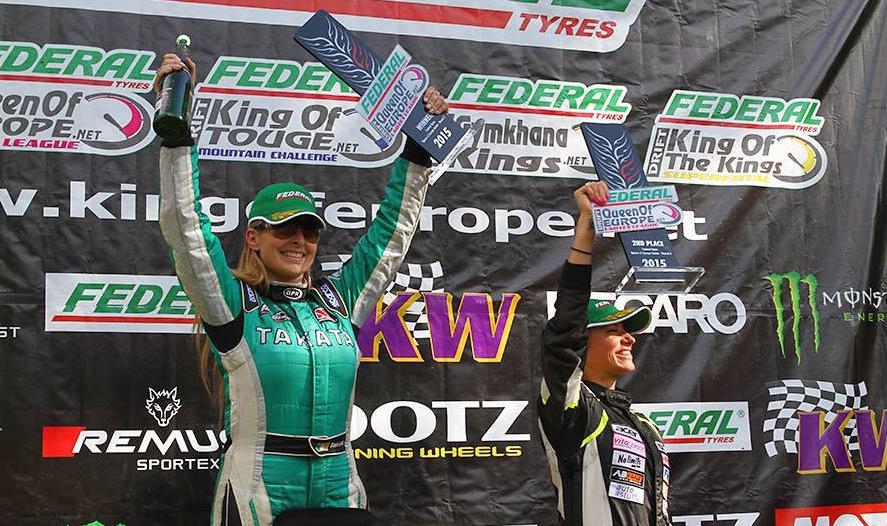 IN this week’s Echo Sport we hear from Saggart native Danielle Murphy after she secured a second win of the season in the Queen of Europe Drift Championships in Poland. Murphy currently leads the title race, and will be hoping to reclaim the top prize this season having been crowned Queen of Europe back in 2013. We also have news on karting starlet Alyx Coby from Clondalkin who picked up a Fair Play and Sportsmanship Award at the recent Irish Karting Annual C Plate meet.

Moving from four wheels to two, and we chat to Walkinstown’s Killian Callaghan on a brilliant weekend for the mountain biker in France at the Enduro World Series, where he continued to impress in a packed filed full of qua lity and experienced racers. We also have news on Grange Golf Club’s Elisa Corcoran who has been picked for the Irish Girls Home International team, as has Hermitage Golf Club’s Ciara Casey.

In soccer, there are reports from two Dublin Women’s Soccer League encounters, with Booth Road Celtic’s tie with Wicklow Rovers and Arthur Griffith Park’s game with CMH featured. Arthur Griffith needed a win to secure the Inter Four league title, and you can read all about another polished performance by Alan O’Kearney’s team. Meanwhile, we chat to St Patrick Athletics’ Ian Bermingham on the importance of securing a European spot for next season and facing Sligo Rovers this coming weekend.

There’s loads more packed into 11 pages of sport, including how two Tallaght Athletics Club runners helped the Irish Men’s 4x100m relay team secure their place at the European Juvenile Championships, and we have GAA news too, with St Kevin’s Killians booking their place in the Championship quarter-final, and locals helping the Dublin Senior Ladies footballers lift the Leinster title.

As always, if we have missed anything then just let us know, and don’t forget to check out our Facebook and Twitter pages for updates, news, and more. You can also subscribe to the Echo to read the best local news and sport on your mobile, tablet or pc, by simply clicking subscribe at the top of the page.