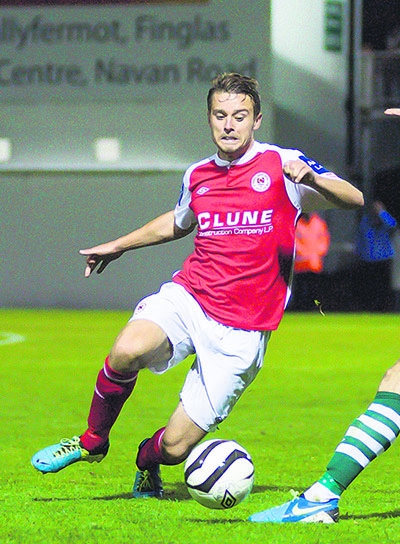 This week in Echo Sport all eyes are on the Europa League first round qualifier between St Patrick’s Athletic and Skonto of Riga, which takes place on Thursday evening in Latvia. The Saints were in impressive form against Longford last weekend, and we speak to captain Ger O’Brien about the crucial game and  his hopes ahead of what should be a testing tie for Liam Buckley’s men. We also have all the action and reaction from Shamrock Rovers’ 0-0 with Progrés in Luxembourg on Tuesday night.

Elsewhere in football news we hear from Clondalkin native Stephen Quinn on his move to Reading this week, and there are plenty of other bits and pieces too, including news on a remarkable couple of weeks for the Irish Cerebral Palsy team that qualified for the 2016 Rio Paralympic Games. Among those on the team are Firhouse’s Brian McGillivary and Ballyfermot’s Dillon Sheridan.

In GAA, we have all the fallout from Dublin’s win over Kildare on Sunday, and with several local clubs in action in the recent Féile, Ballyboden St Enda’s success and St Anne’s near miss in the final is all packed in, as is your usual mix of other news and round ups from the leagues and championships.

News on two local Tallaght Athletics Club runners who booked their place at the upcoming Junior Athletics Championships later this month also features, as does further good performances from several Templeogue Swimming Club members, including Ellen Walshe who continued her great run of form in the pool in 2015.

As always, we have picture pages from several events, including Rathcoole Boys’ Summer Street Leagues and Templeogue Taekwon-Do’s demonstration day held in Bushy Park recently. If we’ve missed anything do not hesitate to contact us and let us know, and if you want to get in contact with us here in the sports department check out Echo Sport on Facebook or drop us an email. Finally, don’t forget to pick up your copy of The Echo Newspaper on sale on Thursday or click the subscribe button to read all the local news and sport on your mobile, tablet or pc.