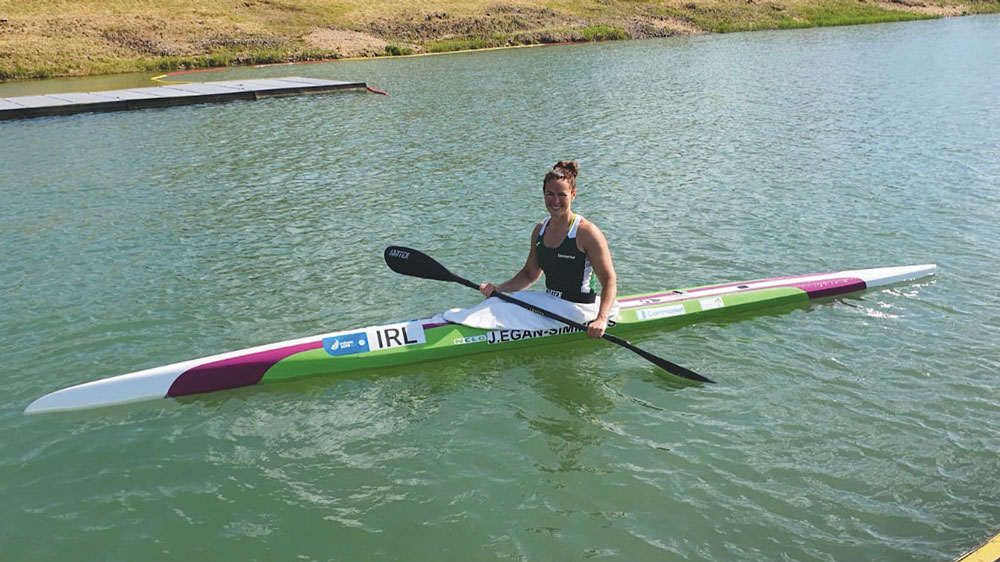 JENNY Egan-Simmons has secured her place in the K1 500m semi finals at the Canoe Sprint European Championships in Munich today.

The Lucan kayaker clocked a time of 2:01.205 en route to a seventh-place finish in her heat, seven seconds adrift of winner, Anamaria Govorcinovic of Croatia.

It was enough to see her through to the semi-finals which will take place tomorrow at 4.30pm (Irish time) while compatriot Patrick O’Leary, also progressed to the VL3 200m semi-finals after finishing fifth in his heat.

Egan-Simmons, who will also be lining out in the K1 5000m in Germany on Saturday, has come into these championships on the back of her superb bronze medal win at the ICF Canoe Sprint World Championships K1 5000m in Canada.

It marked the third Canoe Sprint World Championship medal of her career, following her silver in Copenhagen last season and a bronze in Portugal in 2018.