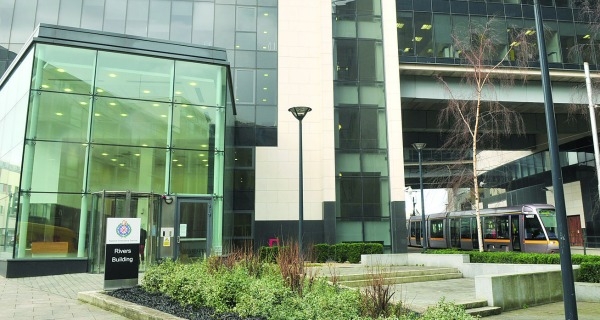 AS WORKERS in the National Ambulance Service control centre in Tallaght prepare to strike this Monday, an elderly man who was left waiting almost two hours for an ambulance this week has supported the workers who intend to strike.

Liam Sutcliffe (84), from Walkinstown, was left waiting behind eight others in a queue on Monday after calling for an ambulance due to severe head and neck pains.

Liam, who is partially blind and has a pacemaker, told The Echo that he felt scared during the situation and had no choice but to call on friends in an attempt to get to hospital sooner.

Speaking to The Echo, Liam said: “I’m partially blind and have a pacemaker, and I had a very serious pain in my head and shoulders.

“I called for an ambulance at about 12 o’clock, and was told it was on its way. From the time I made the call to when I actually got to the hospital, it was almost two hours overall.

“My wife died three months ago. I’m alone, and I was certainly scared. I had to call a friend and they came up to me and rang again for me.

“I don’t blame the people in the control centre or the people working for the National Ambulance Service.

“The service is in bits, I don’t blame them for wanting to strike. I’m 84 years old, it shouldn’t take that long to take me to hospital.”

Liam also called local Sinn Féin TD Sean Crowe, who said the situation is a “scandal” and called upon the public to support the striking workers.

Deputy Crowe said: “I certainly don’t blame the drivers and the service workers for this, I don’t know how they manage with this every day.

“An elderly man, who couldn’t lift his head and is living alone, feeling vulnerable and who is partially blind behind eight other people in a queue, it’s a scandal.

“I would hope that people show their full support for the workers striking next Monday, they are being asked to do more in larger areas and it can be the difference between saving someone’s life and someone dying.

“I’ll be raising this with the Minister. The service needs a plan, the elastic band has to break at some point from the pressure.”

SIPTU members of the National Ambulance Service control centre, which is based at Tallaght Cross, served notice to strike last Friday, May 27.

The work-to-rule industrial action will take place this coming Monday, June 6 and will affect non-emergency duties within the control centre.

In a statement, SIPTU Organiser John McCamley said: “Staff have gone through a long and difficult engagement process at the WRC to try to resolve this dispute but unfortunately our members have found that commitments given by management have not been honoured on multiple occasions.

“SIPTU members are calling on management to fully implement all the WRC agreements in order to prevent a further escalation in this dispute.”