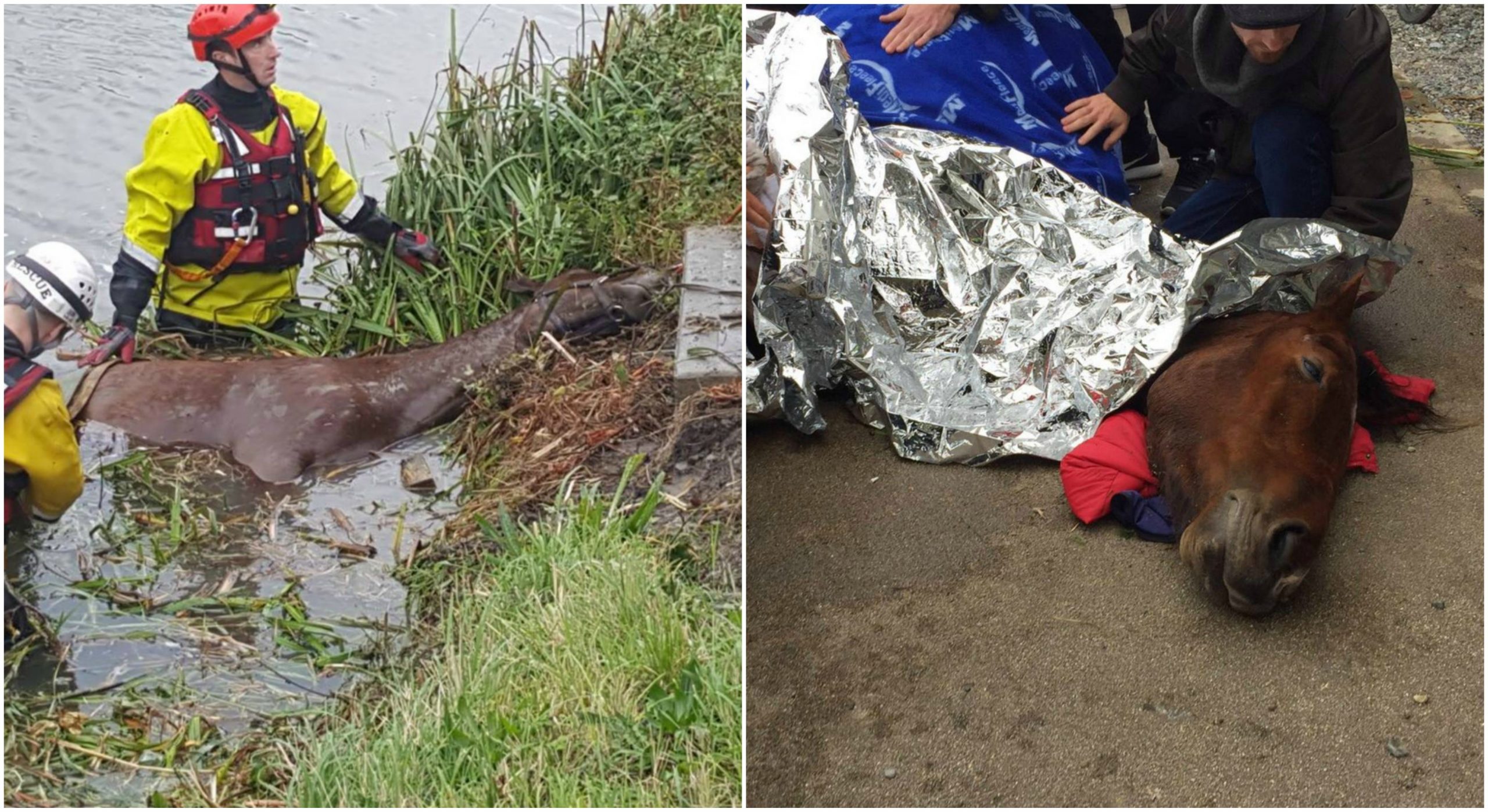 A local animal rescue group have called for the introduction of a horse warden to enforce by-laws around animal welfare following one horse’s lucky escape.

The rescue group received a call from the public on Sunday morning following an incident that saw a mare fall into Grand Canal.

According to My Lovely Horse Rescue (MLHR), a mare and her foal were left out to graze on the bank of the Grand Canal in Inchicore when she slipped in.

Volunteers from MLHR received a call at 9:30am.

Dublin Fire Brigade units from Dolphin’s Barn and Phibsboro also attended the scene, with the horse being rescued by a crane after 12pm.

The mare lost her footing and fell into the water, where it was determined by UCD veterinarian Clodagh Fox that she was in the water for up to eight hours, with Polly and her foal now receiving care in the MLHR farm.

The group maintain that both horses were well looked after, but that the lack of knowledge around horses grazing on public land is ‘a serious problem’.

According to Tiffany Quinn, a volunteer with My Lovely Horse, this incident highlights the need to enforce by-laws set out by the Control of Horses Act 1996 and the council by-laws.

She said: “There’s a lot of people who own urban horses who don’t have the money to put them on livery land and let them graze on public land.

“There’s two public risks there: the horse can be impounded by a private company at the cost of the taxpayer and later destroyed if it is not claimed.

“The other risk is what happened on Sunday when the horse is not properly fenced in.”

Speaking on behalf of MLHR, Ms Quinn said that a horse warden with the power to issue fines and the experience to handle horses was needed.

Ms Quinn said the issue of horse mistreatment was frequent in South Dublin County, where the group mainly operate in ‘blackspots’ such as Clondalkin and Adamstown.

Under the South Dublin County Council (SDCC) Control of Horses Act 1996, horse owners must ensure that their horses have a horse licence (in a control area), a chip, a passport and an Equine Premise Number (EPN).

MLHR, along with the DSPCA, are now part of a working group set up by SDCC to create a plan on horse welfare, legislation and education.