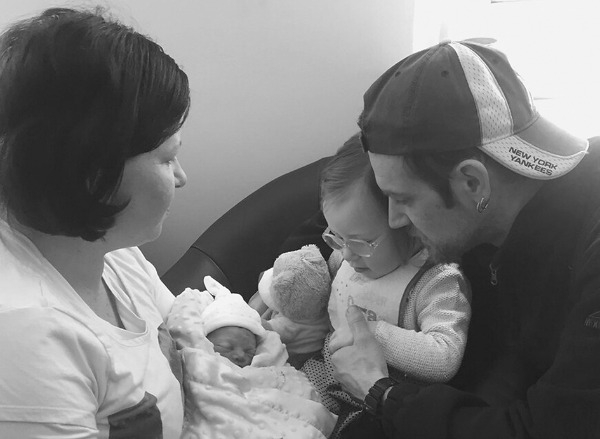 ONE Ballyfermot family is honouring the tragic loss of their baby by raising funds for a cuddle cot.

Baby Gloria Catherine McDonagh was born stillborn on April 28, at the Rotunda Hospital.

Her parents, Kathriona and Anthony, from Blackditch Road, are raising funds to purchase a cuddle cot in her memory – to enable other parents to spend time with their little darlings.

The Go Fund Me page ‘Cuddle Cot in Memory of Gloria’ has raised nearly €1,800 in just two weeks – close to the €3,000 target – a sign of the support in the community for the family in heartbreaking circumstances.

The family had the use of a cuddle cot when Gloria was born, and they want to provide that chance for other parents that may find themselves in the same position.

Anthony said: “The Go Fund Me page is flying. We’ve had a good few anonymous donations. They cost €2,500 and €500 for maintenance.”

The married couple, have a daughter Imelda (2), who was actively involved in helping her mammy during the 34 weeks of her pregnancy, but they had no indication that anything was wrong until that fateful day.

“All the scans were fine, and on the Monday before, the check-up was fine,” said Anthony.

“My wife rang me (on April 28) and told me she was starting to feel pushing down pains, and ‘had a show’. I raced home from work, we went to the hospital, but we were in shock when they told us there was no heartbeat.”

The reasons for the tragedy are unclear at this stage, and the family are awaiting the results of a post mortem.
“Hopefully we will get an answer,” said Anthony.

“The hardest part was saying goodbye last Tuesday (funeral service at the Angel Chapel in Mount Jerome). Hopefully not many families will need the cots, but it seems to happen frequently, which is crazy in this day and age.”

The family thanked the staff of the Rotunda Hospital for their “incredible care and compassion” and to everyone who has donated.

They will purchase the cot through Féileacáin, Stillbirth and Neonatal Death Association of Ireland.

Through Féileacáin, the family had the use of a cot, received a memory box, and a big sister bear for Gloria’s big sister Imelda.

Donations can be made at www.gofundme.com/cuddlegloria.