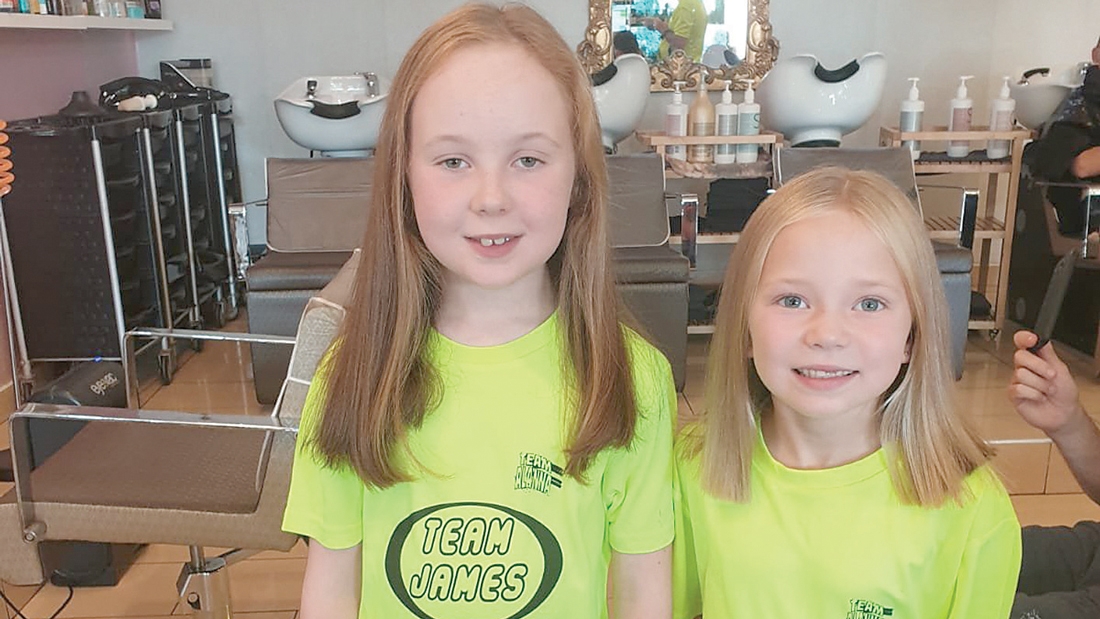 Both girls, grew their hair to donate to the Rapunzel Foundation to make wigs for children suffering from hair loss.

They understood the difference a wig could make to give extra confidence to others when facing the outside world.

They also used this opportunity to raise funds for Barretstown where James attends along with other children with serious illnesses.

Lucy and Maisy raised €1,500. Their aunt, Vicki Casserly told The Echo: “The whole family and Jimbo are incredibly proud of what they have done and what they have achieved. They are making a significant difference to many many children.”

James has Cerebral Palsy, which affects his core and lower limbs. He had a selective dorsal rhizotomy in April 2012 which involved intensive physio recovery.

Next up for Team James is Dublin Half Marathon followed by Dublin City Marathon where James and his Aunty Ali will take to the streets of Dublin for the fourth time.

To follow their journey, you can do so on Facebook at Team James Dublin or to donate at https://dublin-marathon-2016.everydayhero.com/ie/team-james