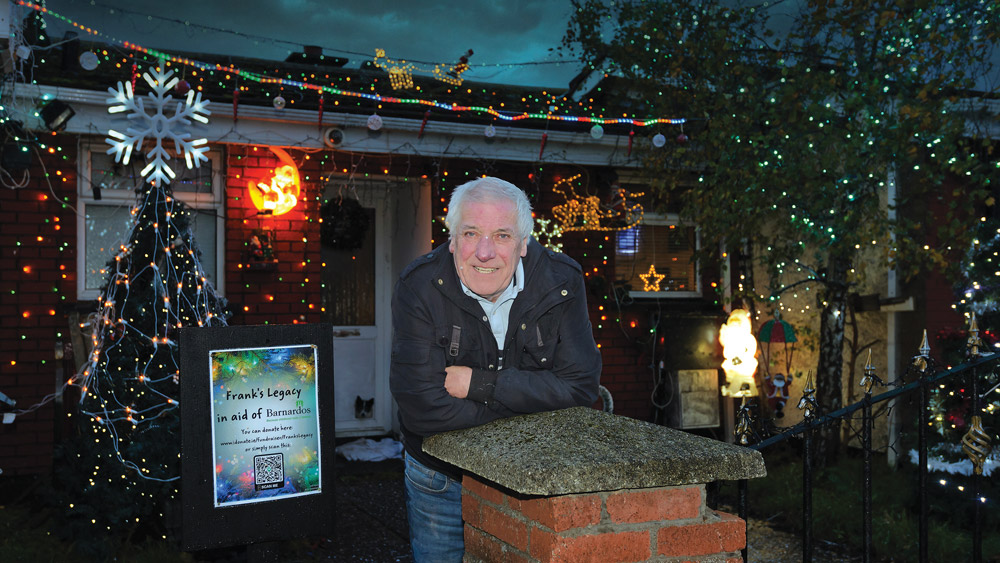 Paul O’Brien outside the house

A CLONDALKIN man has decked out his house with thousands of glittering Christmas lights to raise money for children’s charity Barnardos in memory of his late son.

Paul O’Brien has given the exterior of his house in Leyland Gardens a festive flourish with the Christmas lights, which were switched on last weekend.

A QR code is prominently featured at the house, enabling visitors to donate directly to Barnardos under the heading of Frank’s Legacy, named after Paul’s late son who passed away in 2018 aged 36.

Since his son passed away, Paul set up a direct debit with Barnardos so he could sponsor families in need, particularly during the festive season.

“I do something every year for my son,” Paul told The Echo. “He loved Christmas, he’d think this was great.

“Frank was my only son, my only child, but at least now when I wake up on Christmas morning, I know I sponsored some children and their families through Barnardos, and they’ll wake up with something under the tree.

“I sponsor a family every year for things like toys and Christmas dinner. As far as I’m concerned, that means I still have a family out there that appreciates what I do.”

This year, Paul is aiming to spread even more Christmas cheer with his eye-catching Christmas display, which he hopes will encourage people to dig deep and support Barnardos.

“There’s 7,000 lights on the house,” he explained. “You’d want to see it at night, it’s like something out of this world. 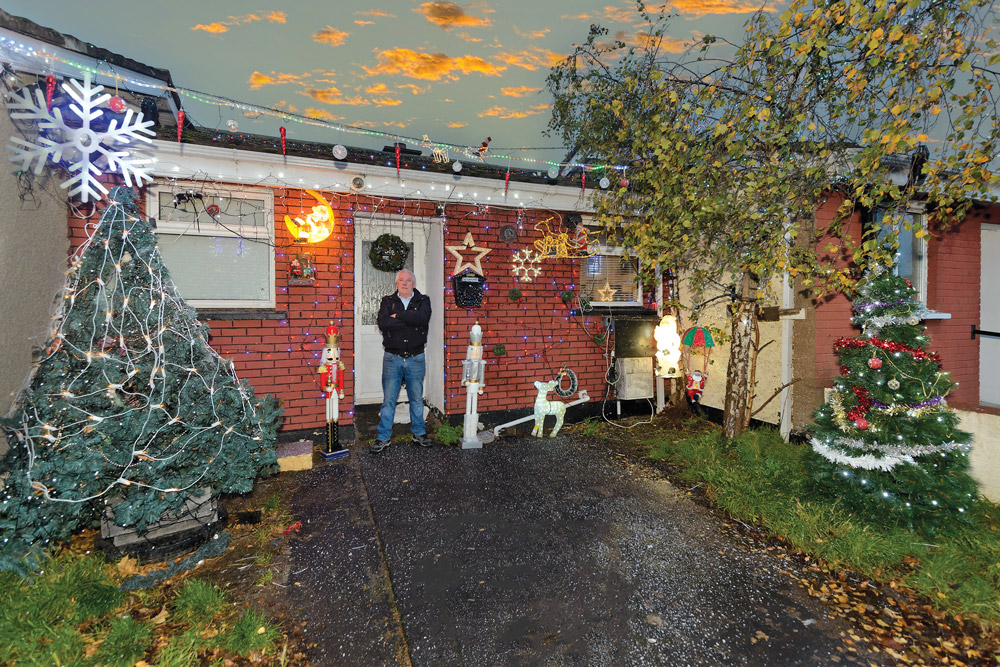 Paul O’Brien in the garden

Cash donations will not be accepted at Paul’s house, instead cash donations can be lodged under the heading Frank’s Legacy in the Barnardos shop in Clondalkin village.

Looking ahead to another Christmas without his beloved son, Paul said: “You can lose a wallet or lose your phone and you’ll get over it, but there’s nothing like losing your only son – you never get over it.

“It’s quite hard at Christmas, because Frank died on the 18th of July and every Christmas I’m here on my own.

“But I always think that there’s someone waking up with something under the tree [because of my Barnardos donations].

“And Frank is always here, I have his ashes in the house. This is all something I set up for Frank, and I’m sure he’d be as proud of me today as I am of him.”

The Christmas lights will be up until January 11, and cashless donations can be made using the QR code at the house, while cash donations are being accepted in Barnardos in Clondalkin