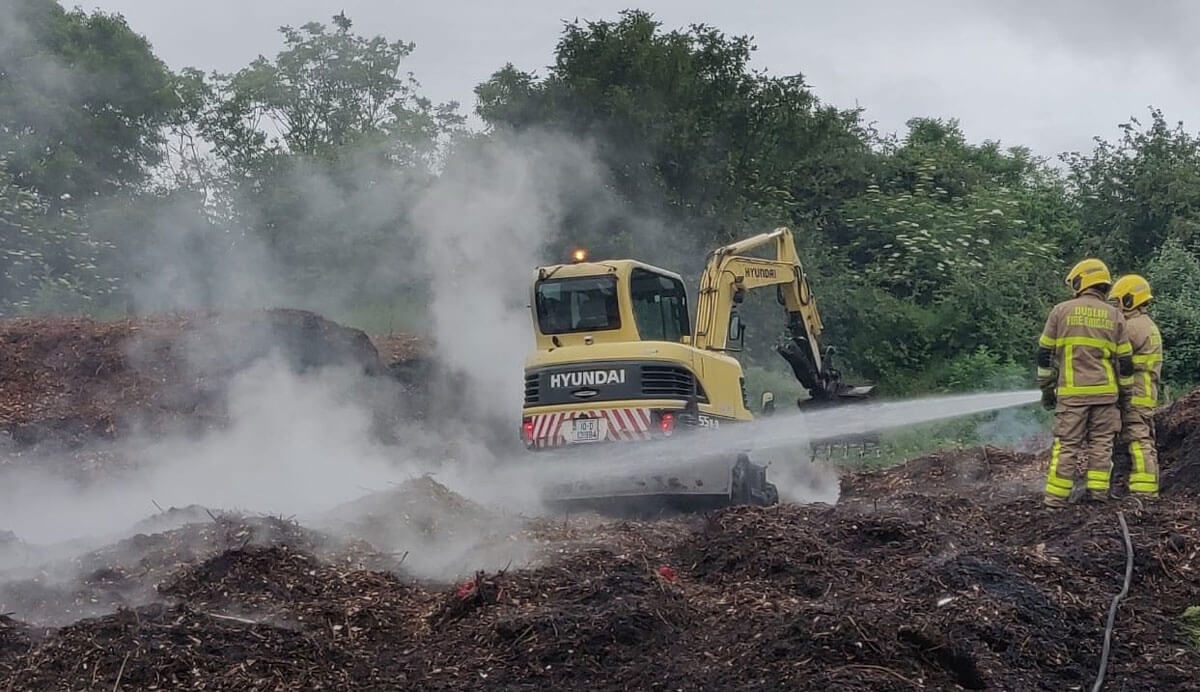 SOUTH Dublin County Council and Dublin Fire Brigade (DFB) worked together to extinguish a fire that started in Tymon Park this morning.

The park or its users were not affected by the flames as two units from Tallaght Fire Station put out the fire that started on a stockpile of mulch.

According to DFB, crews from the council separated the mulch with a digger while firefighters hosed it down with water to cool it.

In a statement to The Echo, a spokesperson from the council said: “A stockpile of mulch from the shredding of Christmas trees, which is in the area at the back of the storage bays in Tymon depot had been smouldering due to overheating, this happens occasionally.

“A small fire started on the surface of the material and Depot staff called DFB who quenched the fire.

"The park and park users were not affected in any way.”