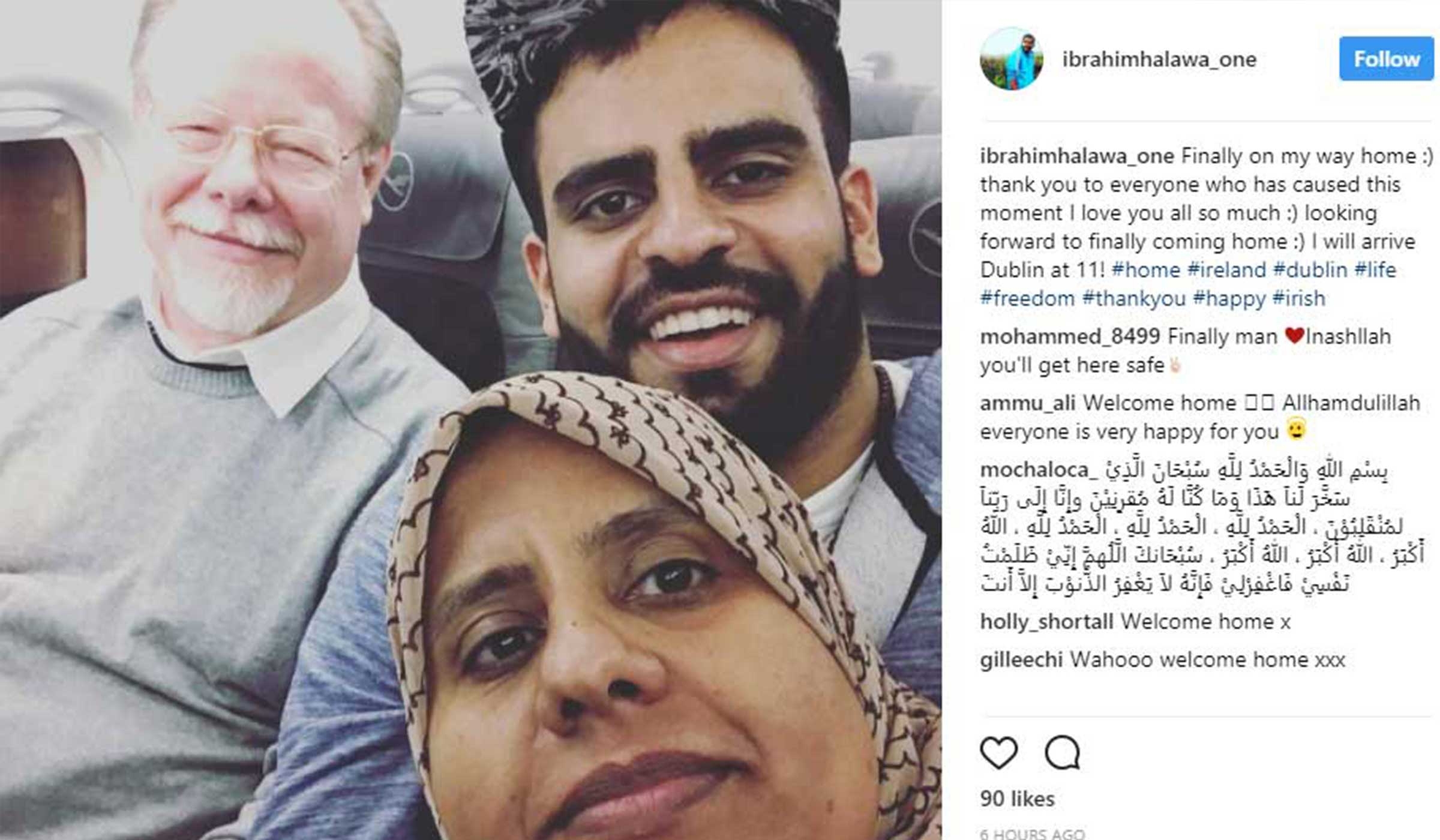 Firhouse native Ibrahim Halawa will finally arrive back in Ireland this morning after more than four years in prison in Egypt.

Minister for Foreign Affairs, Simon Coveney confirmed the news just after 9am, saying: "Ibrahim Halawa will arrive home to Dublin Airport at 11.05am this morning, to be welcomed by family and friends - Welcome Home Ibrahim."

Finally on my way home :) thank you to everyone who has caused this moment I love you all so much :) looking forward to finally coming home :) I will arrive Dublin at 11! #home #ireland #dublin #life #freedom #thankyou #happy #irish

Mr Halawa, along with almost 500 others, was arrested in 2013 during a public political protest against the military overthrow of Mohammed Morsi – Egypt’s first democratically elected president.

His three sisters, Somaia, Fatima and Omaima were also arrested but later released on bail and returned to Dublin.

His release last week followed a court ruling in September which cleared him of all charges in relation to the protest in Cairo in 2013.