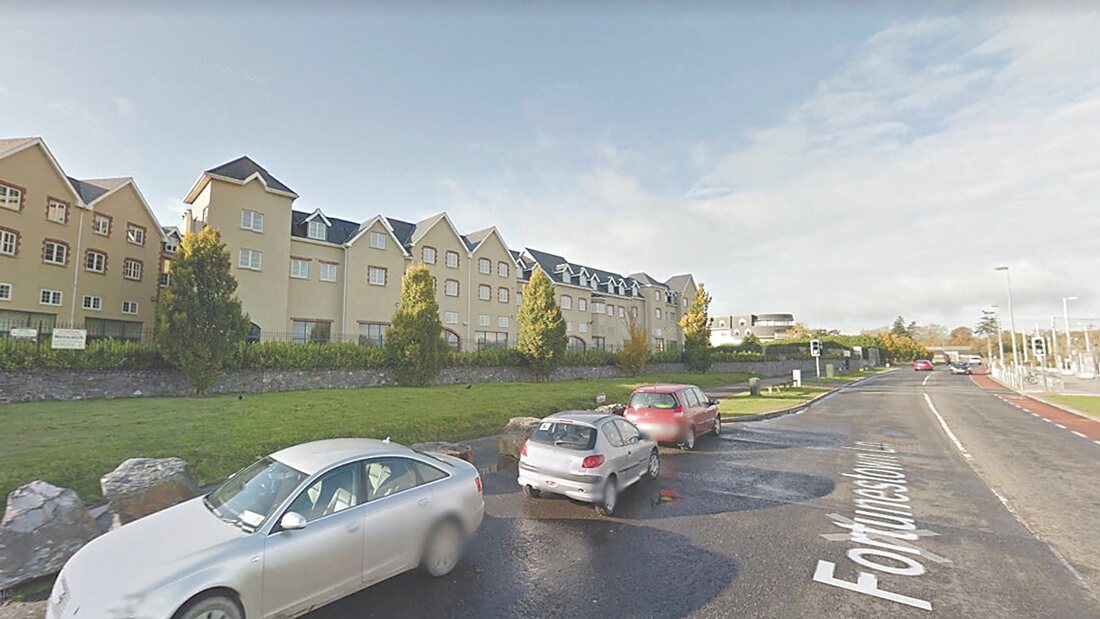 Firhouse school’s move to Citywest back on the table

THE Department of Education’s proposal that a new post-primary school in Firhouse moves 10km away to temporary accommodation in Citywest is back on the table.

As reported in The Echo last December, the Department of Education and Skills had proposed moving Firhouse Educate Together Post Primary school to Citywest for 18 to 24 months while it awaits a new permanent building.

The school could move to this building in Citywest

The construction of a 1,000 pupil school is planned for the Firhouse, Ballycullen and Knocklyon area, under the patronage of Educate Together.

Established in 2018, the secondary school, which has no permanent accommodation, is currently housed across two primary schools in the area – Firhouse Educate Together and Gaelscoil na Giuise.

After appeals from parents, staff and local politicians, the Department said that it would look at alternative, temporary sites within the community for the new school.

However, six months down the line, parents have learned that a 10km trip to and from Citywest is still on the cards when the school opens in temporary accommodation this September.

“We are incredibly disappointed and dismayed to see it being put back on the table again.

“It shows a staggering lack of imagination or will to follow through and secure an accommodation that will not impact so negatively on our students, their families and the staff team.”

He added: “A site was identified locally to accommodate the school temporarily, with considerable time and expense already invested in preparing and submitting plans.

“Suddenly there is no mention of this option and we are asking the Department to urgently explain their silence and set out clearly if and why this cannot be pursued as intended?”

Parent, Eoghan Looney is among a number of parents who have expressed anger and frustration at the Department’s proposal.

“This feels like a kick in the teeth. Our children can currently access their school by walking or bike”, Mr Looney said.

“We were told a local option was being pursued and now there is this news at the 11th hour, and in the middle of a public crisis.”

Mr Looney added: “What if a child misses this proposed bus [organised by the Department] to ferry them out to Citywest, or gets sick in school?

The location of the school 10km from its home-base has also added stress on parents whose children may have additional or medical needs.

“My child has to attend medical appointments and that means sometimes arriving late or leaving class early”, another parent said.

“We simply can’t manage this with a site so far away.

“This proposal puts us in an incredibly tough situation with no other current options for alternative schooling at this short notice, besides the fact that it would break our heart to have to leave this wonderful school.

“Our levels of anxiety are through the roof and this feels like a callous disregard of our child’s rights by the Department. It can’t go ahead.”

While Deputy Lahart, along with the school community, has welcomed news that a permanent site for the new school build has been secured within the community, he has expressed concerns over the location of the temporary school.

“I think this move is potentially devastating to the proper evolution of the new school”, Deputy Lahart said.

“It’s a complete upheaval of the school from its home-base.”

When contacted by The Echo, a spokesperson for the Department said: “Due to additional accommodation requirements in the Gaelscoil in which they are currently located, the Department has been informed that it is not possible for the secondary school to continue to operate in that building.

“The Department has informed the secondary school that interim accommodation for the school will be provided on the Citywest Education Campus for the 2020/2021 academic year.

“The Department is in on-going communication with the patron bodies concerned regarding all options.”

The Echo asked the Department about investigations into securing a temporary site within the Firhouse/Ballycullen area.

However, a response on this was not included.