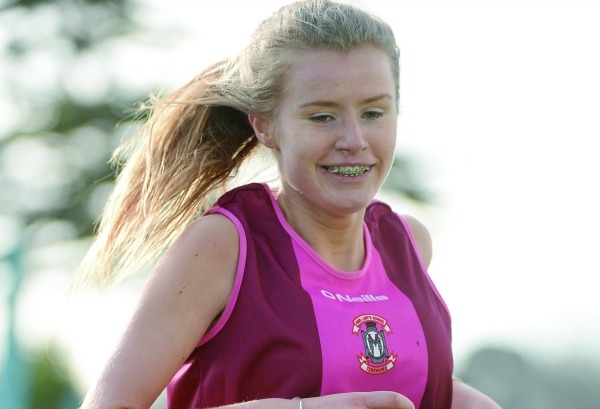 THERE was plenty of local success at the GloHealth All-Ireland Schools Cross Country Championships in Sligo Racecourse on Saturday.

Eimear Fitzpatrick of Our Lady’s in Terenure served up a very tactical performance to secure a win in the Senior Girls 2500m race.

Indeed she produced a late surge to outstrip closest challengers Niamh Ni Chiardha (Colaiste Iosagain) and Niamh Corry (Malahide CS), the latter having led the way for a large portion of the contest early on.

There was some very intelligent running also by Aimee McKenna of St MacDara’s as she took the Minor Girls 2000m title ahead of Meghan Carr (Loreto Fermoy) in second and Lucy O’Keeffe (St Mary’s Midleton) third.

Moyle Park College also had plenty to celebrate after their own Louis O’Loughlin came home first in the Junior Boys 3500m, staving off a brave effort by Chris O’Reilly of Douglas CC.

The latter struggled to keep pace with the Donore Harriers athlete and his effort consequently took its toll as he was pushed back to third by Michael Troy of St Augustine’s Dungarvan.