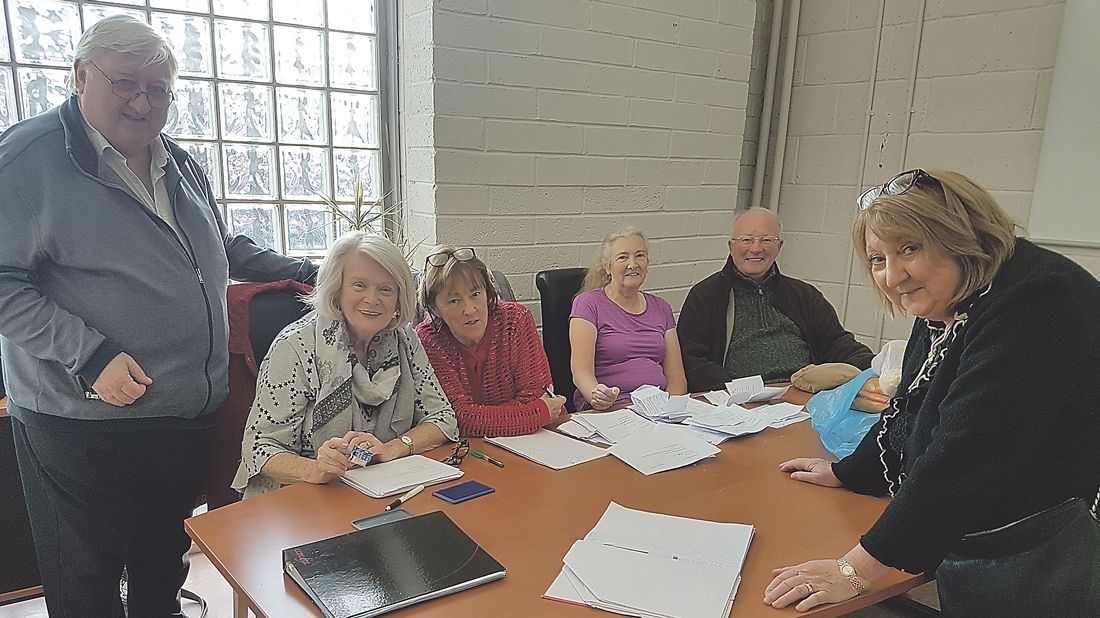 THE Society of St Vincent de Paul (SVP) in Cherry Orchard has been forced to shut down it’s service – the latest victim of the Covid-19 virus.

The food bank often feeds up to 180 people a week, but held their last service on Tuesday morning for the foreseeable future.

“Food was given out locally by volunteers but we can’t continue because of Covid-19 and our age group,” said Marie Cronin, SVP vice-president of the area.

“All our local volunteers are over 60, and the Orchard Centre had to close so we have nowhere to store the food and no-one to put it out. Even if we used young volunteers, we have nobody to supervise.”

Vouchers will be posted out to people who use the food bank but these will “dry up” quickly.

“The church offered to store the food but we have nobody to hand it out, and if there is a funeral, it wouldn’t be nice to have an isle of food sitting there. The structure is gone, we have no manpower.”

The impact of this closure will be felt in the community. The food bank was running for close to three years, and was even used as a template in the EU who praised the ‘discreet’ nature of the operation.

Recipients were vetted by SVP and showed up on a Friday at the centre, received a ticket, waited at a private room and collected their package.

Marie continued: “Since the food bank, things improved. Parents were better dressed and in better form. Kids are healthier. Before, baby teeth were rotting, not falling out.

There is a big difference between 29c beans and a tin of Heinz. Cheap beans are laced with sugar and salt to make it palatable. Kids were eating a bowl of cereal for a snack at night which is fine.

Food banks also had to close in Blanchardstown and the city centre.

“When we do start back up, and it could be four months, we have to write to two thousand people to let them know we are back up and running. A lot of them don’t know and the post is slow in Cherry Orchard anyway.”

Marie urges anyone undergoing difficulties in the weeks and months ahead to contact SVP HQ at 855 0022.