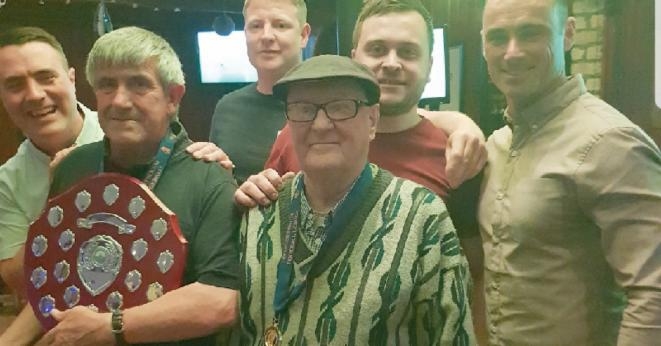 Football community comes out to support Michael after break-in

LONG time committee member of football club CIE Ranch, Michael Kane was shocked to discover his house was broken into and much of his savings stolen last week, reports Maurice Garvey.

The Ballyfermot man left his Kylemore Road home on the evening of February 7, but shortly afterwards gardai received a call about a break-in.

Fortunately, club members rallied around Mr Kane (74), who has been involved with CIE Ranch since the club was formed in the mid 1970s.

A GoFundMe page set up by club secretary Ian Dixon, reached it’s €1,500 target within three days, as members were eager to help out Kane, a club favourite at the ranch.

“It was a brilliant response, but that shows you the type of person he is,” said Keith Dixon, Manager of the Amateur Football League outfit.

“We told him on Sunday before our league match in the dressing room. He was delighted.”

Mr Dixon lives nearby and works across the road from Michael.

“He left his home at 3.45 on the Thursday, I was passing by at 4.30pm and saw police on the road. So I called him to see if he was alright, and told him what was going on.

“The dirtbirds must have been watching the house. They saw his parked car in the driveway and smashed open the back door of the house, taking all the cash they could find, sentimental items, and even his post office book. Not sure what they think they can get from that.

“He was shook up when he got home, but everyone at the club was happy to help out. We also added a couple of hundred of euro in cash to the money raised on the GoFundMe.”