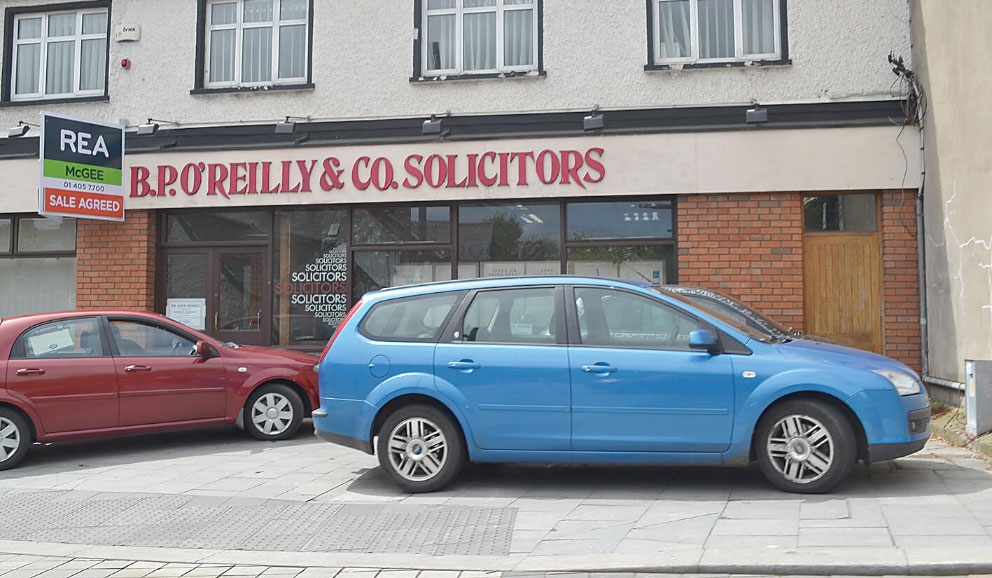 THE landmark BP O’Reilly & Co Solicitors building in Tallaght Village is now sale agreed, however the identity of the buyer remains a mystery.

The building went on the market in January 2017, following the death of well-known solicitor Brian O’Reilly the previous May, and as reported in The Echo last September, it was believed that the building was going to be purchased by the Irish Girl Guides.

However, the building has remained idle but it was revealed last week that a new potential buyer is at the sale agreed stage of purchasing the building, which went on the market with an asking price of €650,000.

Real estate agent Anthony McGee, the director of REA McGee in Tallaght Village, who recently took the property onto their books, confirmed that the property is sale agreed but could not confirm the identity of the prospective buyer.

According to Mr McGee, the building was sale agreed for a figure close to the current asking price of €620,000.

Mr McGee told The Echo: “We had some corporate clients looking for a building in the area.

“It’s a fine building, it has been refurbished to a high standard and it’s a substantial piece of property.

“We’re looking forward to seeing someone occupying the building again.”

The extensive building, which has a total area of 567 sq. m, contains 12 offices, two meeting rooms, an open plan reception, a kitchen, and toilets, and there are two shops located to the rear of the property which are included in the sale.

BP O’Reilly & Co Solicitors was established by Brian O’Reilly in 1979, and he was well-known for his work as a legal expert on national radio station Newstalk where he answered legal queries from members of the public.