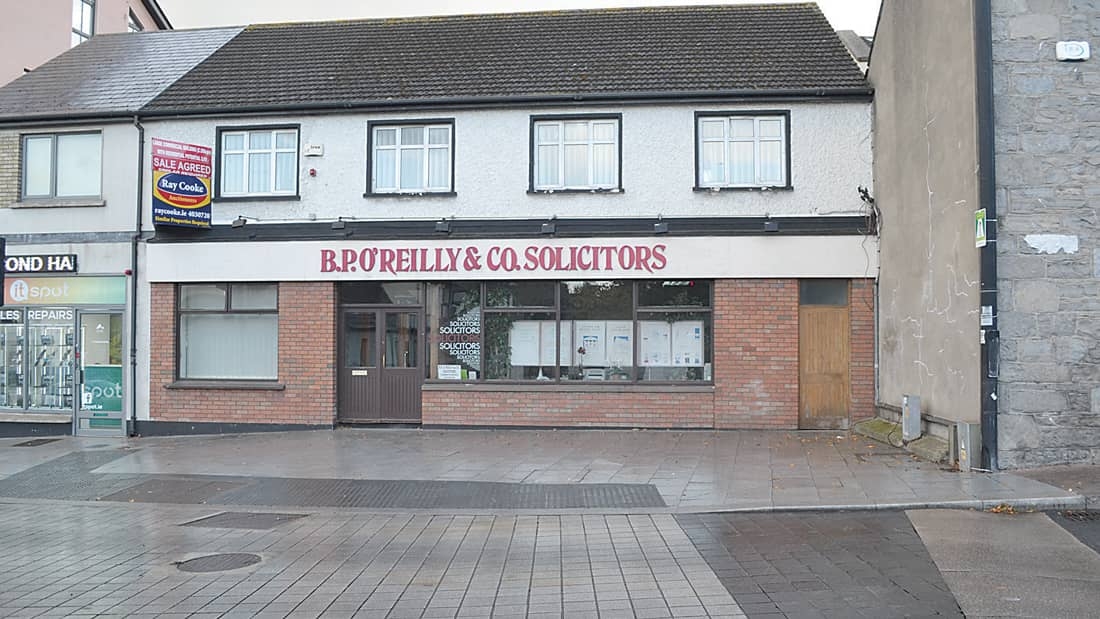 Former BP O’Reilly solicitors to be turned into a restaurant

THE former premises of BP O’Reilly Solicitors in Tallaght Village has been given the go-ahead to be turned into a restaurant.

Mark Fitzgerald, co-founder and chairman of Sherry FitzGerald estate agents, lodged a planning application with South Dublin County Council last November, seeking permission for the change of use of the premises, which is known as Coric House.

In his application, Mr Fitzgerald outlined plans for internal alterations to the existing office at first floor level and a change of use of the two existing ground floor retail units at the rear of the property, to be amalgamated into a single licensed restaurant premises.

External alterations include new restaurant and office signage and shop frontage to the rear of the premises, and three restaurant entrances – one at Old Bawn Road and two at Courthouse Square, and the use of the external paved area onto Courthouse Square as a restaurant seating area.

The local authority recently granted permission for the plans with several conditions, including the stipulation that signage for the premises cannot be internally lit.

Sherry FitzGerald purchased Coric House last year, after the premises spent two years on the market following the sudden, tragic death of the principal of BP O’Reilly solicitors, Brian O’Reilly, in May 2016.

Mr O’Reilly, who was aged in his 60s, established the firm of BP O’Reilly and Co Solicitors in Tallaght Village in 1979 and was well known to the wider public for his work as a legal expert on radio station Newstalk, where he answered listeners’ legal queries.

As for Mr Fitzgerald, this is not his first foray into the hospitality sector, as he turned a former pub in Ballina, Co Mayo into a restaurant last year.