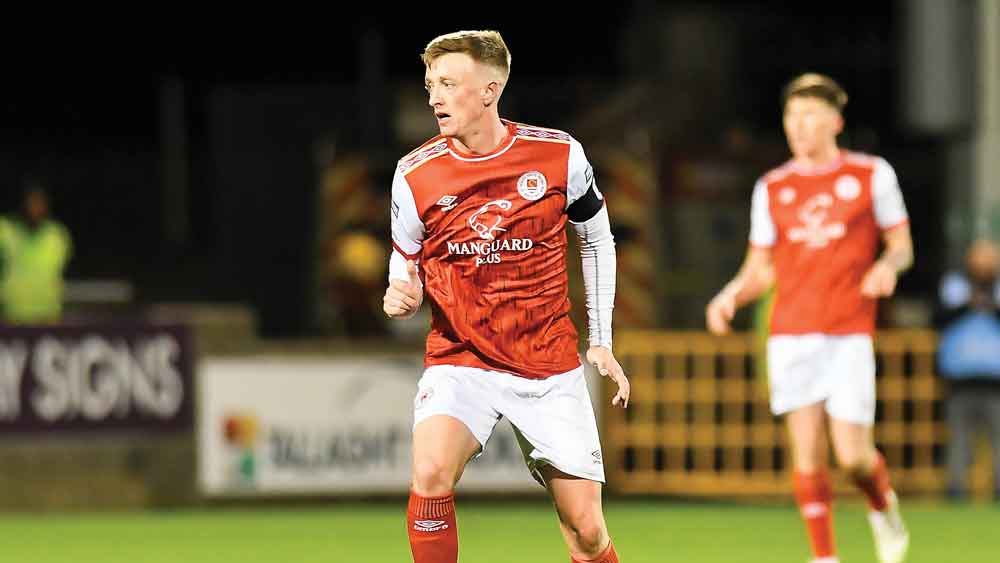 Forrester strikes to keep Saints well in the reckoning

CHRIS Forrester found the back of the net on the hour mark to help St Patrick’s Athletic earn a 1-1 draw against NS Mura in Richmond Park last night – a result that gives them a fighting chance of progressing from the Europa Conference League second qualifying round.

Despite an impressive first half, Tim Clancy’s side found themselves trailing at the break after Mirlind Daku capitalised on a defensive mistake to steer home 28 minutes in.

The homeside had chances to open their account both before and after that goal, with Barry Cotter off target with his early attempt and Anto Breslin forcing Mura goalkeeper, Matko Obradović into a fine stop with his wicked effort.

Joe Redmond went close with his header as did Harry Brockbank on the other side of the halftime recess as Pat’s continued their relentless search for an equaliser.

The leveller finally arrived 15 minutes into the second period when Eoin Doyle held up the ball to allow Forrester shoot home.

Both Breslin and Forrester went close to seeing Pat’s in front in this tie, but the former fired the ball off target and the latter saw his attempt well saved.

Mura, themselves, could have returned home with a one-goal advantage, but Nik Lorbek’s strike found only the framework after Dardan Shabanhaxjaj’s shot had been parried by Joe Anang.

Instead the tie remains finely balanced, and while Pat’s have demonstrated their ability to prise open the Mura cover, they will need to produce another such performance in Slovenia on Thursday.