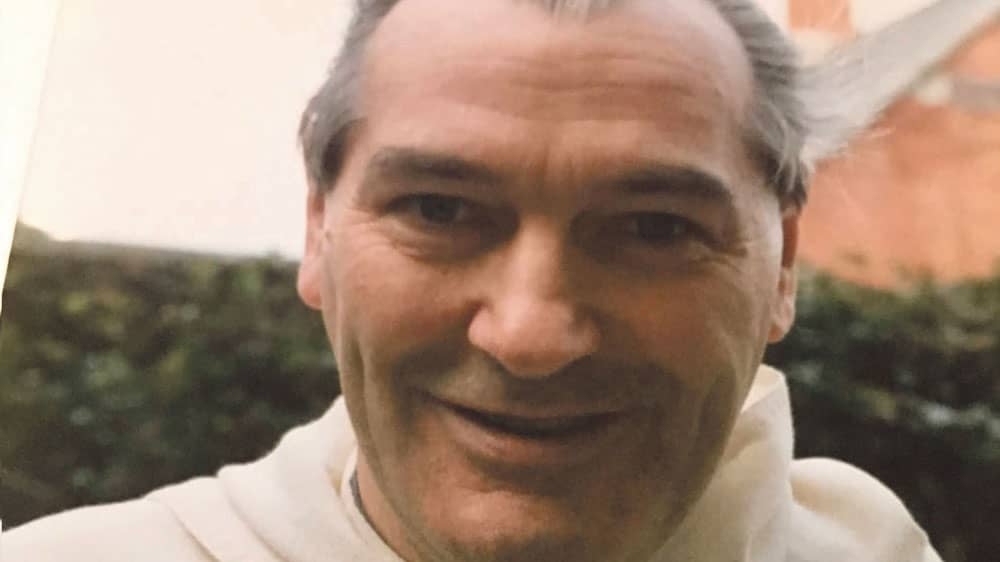 Fr Andrew ‘was a gifted genius’ and man of integrity

A LOCAL parish priest is being remembered fondly as a passionate GAA man and a “man of great integrity” following his recent passing.

Fr Andrew Kane, a well-respected Tallaght priest at St Mary’s Dominican Priory passed away peacefully on Wednesday, June 2, following a short illness. He is survived by his sister, Imelda, who is a Presentation Sister.

Reminiscing about his friend and fellow priest, Fr Ben Moran of St Aengus’ Church in Tymon North said: “There was not a tissue of guile in him. He was a wonderful human being.”

Born John Kane in 1935, he was a native of Greenhills Road and attended CBS Synge Street, before joining the Dominicans in 1953 where he adopted the name Andrew.

Following his priest ordination in 1960, Fr Andrew did post graduate studies at the University of Fribourg, Switzerland and was appointed to the teaching staff in Tallaght where he taught philosophy and logic.

“Andrew was a gifted genius. When it comes to talking about Andrew Kane one could be tempted to say that words fail – he was an absolutely brilliant teacher,” said Fr Ben.

“The late Archbishop William Barden said that Andy was the most intelligent person he ever taught and that his intelligence frightened him.”

In the 1960s and early 1970s, Fr Andrew was vocations director and director of Knockadoon Holiday Camp in East Cork and worked “day and night” during these years.

“He was often known to leave the priory in Tallaght after breakfast and arrive in Knockadoon in East Cork close to midnight.

“En route he would get distracted and find himself having to make urgent calls to young men who had contacted him expressing an interest in joining the order, or else calling to someone to get and give a critical analysis of the previous Sunday’s GAA game and more talk on the following Sunday’s games,” recalls Fr Ben.

While Priesthood and faith was at the core of Fr Andrew’s being, Thomas Davis Football Club was a close second to the most important thing in his life.

He played for Thomas Davis’ Juvenile teams in the late 1940’s and was a member of the club’s minor football team in 1952 and 1953 and went on to become Secretary of the old South County Juvenile League.

“When he was a priest up in Dundalk somebody was telling me that they always knew when he had tickets for Croke Park because the mass was half an hour or less,” Fr Ben joked.

Thomas Davis GAA Club paid tribute this week saying: “He was a man of great integrity and that shone brightly throughout his life. He also had great people skills and could get people to do anything for him which many people did gladly.”

Fr Andrew lived in a number of Dominican priories, including St Mary’s Tallaght, Pope’s Quay, Cork, St Malachy’s, Dundalk, Kilkenny and Athy, where he has the honour of being a member of the last community in Athy before it was closed down.

From Athy he moved to Kiltipper Nursing Home, where he spent the last six years of his life.

“He retained his links with the GAA and while he was in Kiltipper Nursing Home, some of his regular visitors were always Thomas Davis people who brought news of the club and that gave him the greatest joy to hear how the club was getting on,” said Fr Ben.

Fr Andrew Kane was laid to rest following a mass at The Priory in Tallaght Village on Saturday, June 5, where he was remembered as a great philosopher and logician as well as for his long held passion and participation in GAA.