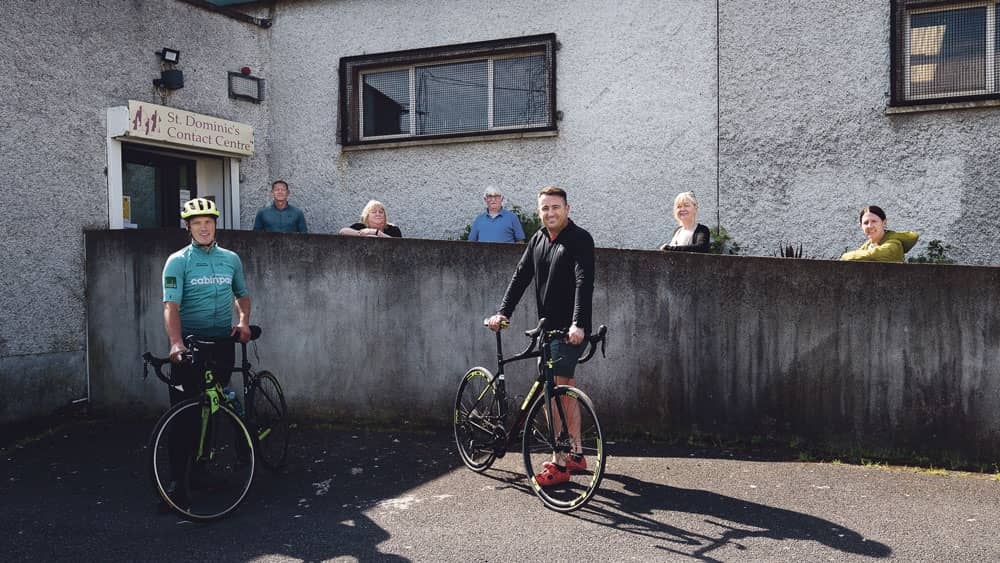 The St Dominic’s Community Response Project in Tallaght hopes to develop the workshops after seeing an increase in service users seeking help for dual diagnosis – which means they have coexisting mental health and substance abuse issues – in recent months.

St Dominic’s Community Response Project staff Garry, Jacinta, Denis, Ger and Sue show their support to Jamie and Will at the end of the cycle

Project manager Jamie Doran and project worker Will Coakley took on the 500k challenge throughout the month of May, and raised just shy of €3,000 in the process.

Jacinta Garrigan from the St Dominic’s Community Response Project told The Echo: “We were delighted when we saw how much was raised.

“We’re getting a lot of people in the service who have dual diagnosis and were in recovery, but have relapsed.

“We want to get professionals in to do the mental health part of the workshops, and we have staff that can look after the substance abuse side of it.”

Ms Garrigan added that the staff of the project appreciate the support and donations that they received during the course of the fundraiser, and it is hoped that the dual diagnosis workshops will commence in the coming weeks.