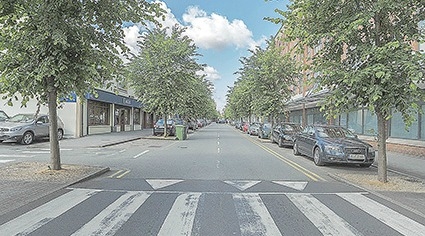 Free parking proves not to be free as motorists get clamped

PARKING in Tallaght village and on High Street is driving motorists around the bend, as confusion continues over what locations are free and which spots benefit from 30 minutes free parking.

In recent weeks, frustrated motorists have vented their frustration both online and to retailers after confusion over grace periods resulted in customers receiving a parking fine or being clamped.

People have complained over receiving €80 fines for leaving their car parked, without a ticket, for less than ten minutes while they visit a shop or retail unit – with other motorists coming back to find a clamp stuck on their wheel.

In recent months, a new operator called NCPS was brought in to look after the car-parking spaces on the High Street and Tallaght Retail Park which, according to retailers, contributed to some of the problems with clamping.

After speaking with retailers in the area, The Echo was told that negotiations are currently underway to provide all customers with a free parking period in the area – a system which is to be finalised by the end of the month, and signs erected accordingly.

Retailers have told The Echo that the grace period given after negotiations may be anything between 30 minutes and one hour, but that they are pushing for a full 60 minutes.

One retailer said: “There were issues with staff and residents using the on-street parking, alongside people who were parking their cars there for the day and heading off to town on the Luas.

“Staff and residents should be using the multi-storey carpark and freeing up spaces for customers who want to use the retail units and services.

“Unfortunately clamping did have to be introduced to stop people parking there all day.

“However, the system wasn’t working, with customers and retailers kicked up murder – which hopefully by the end of the month will result in signs, outlining free parking periods, being erected.”

According to retailers, NPSC has agreed not to clamp from February 5, unless people are parked in a loading bay, disabled spot or double yellow line – with retailers adding that there is currently a free period on parking spaces on-and-around High Street.

However, it is recommended, based on the numbers claiming to have been clamped, that shoppers check nearby parking signs or ask the retailer they are visiting about parking rules before leaving their car – just until the new signs are erected.

Outside of the High Street, motorists can avail of 30 minutes free parking in all council pay and display spots, which include 20 spaces on Main Street in Tallaght Village and 30 on the Old Greenhills Road.

The car-park beside Tallaght District Court has 70 spaces and is totally free, it does not operate under pay and display.

South Dublin County Council does not clamp, rather it has an enforcement warden who checks cars parked illegally or for longer periods than 30 minutes and issues a fine.

The Echo contacted NPSC for comment, but a representative did not respond in time for print.