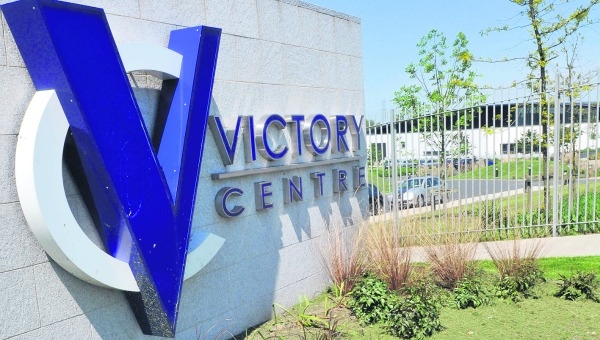 Future of Victory Centre is uncertain, despite speculation

SPECULATION is mounting surrounding the future of the Victory Centre in Firhouse, after US global investment giant Goldman Sachs bought the building.

The state-of-the-art Christian church and community centre on the Firhouse Road was bought by Goldman Sachs when it purchased a portfolio of loans from Lloyds Bank in July of this year.

Lloyds Banking Group owns Bank of Scotland, which appointed receivers in 2013 over three of the Victory Christian Fellowship’s premises in Dublin after it emerged that the non-denominational church had debts of €18m.

The centre has since been in receivership and closed, a situation which is being raised with Independent councillor Deirdre O’Donovan by constituents – who are querying the future of the centre.

Cllr O’Donovan said: “Lots of people are asking what the future of the Victory Centre is.

“It’s a shame to have such a great community facility on our doorstep that is not being utilised, and I hope that this new ownership is a step in the right direction towards getting the centre’s doors open.”

She added: “Due to all the queries, I undertook to find out what I could and discovered that the loan sale was purchased by Goldman Sachs, with the building being managed by Pepper Asset and Loan Servicing.

“You would expect that an investment company like this would not leave a premises like the Victory Centre idle, and it would be great to have the situation resolved and clarity on the centre’s future given to those in the area.

“This is a fantastic facility and there has been lots of suggestions for its use, from schools to community centres, with many people also under the assumption that the council has some control over the building’s fate.

“This is not the case, the council has nothing to do with it, but let’s hope we get clarity soon and that, whatever the plans, the centre remains a community facility.”

The Echo understands that the previous owners of the Victory Centre haven’t yet thrown in the towel, but are looking to open negotiations with the new owners, in the hope of leasing the premises and eventually, buying it back.

A source close to the Victory Christian Fellowship said that the church would be the “most likely candidate” to take the premises on, and could have the centre refitted [with all of the equipment removed and currently in storage] and open within a week.

The source said: “Everything is still up in the air, but this is positive news and the church is optimistic that the new owners will sit down for a talk.”

The Victory Christian Fellowship is due before the Supreme Court before the end of the year, after it appealed the high Court judgement made against it.

The Echo was unable to speak with a representative from Goldman Sachs and a spokeswoman for Pepper Asset and Loan Servicing said that they weren’t in a position to comment on client matters.