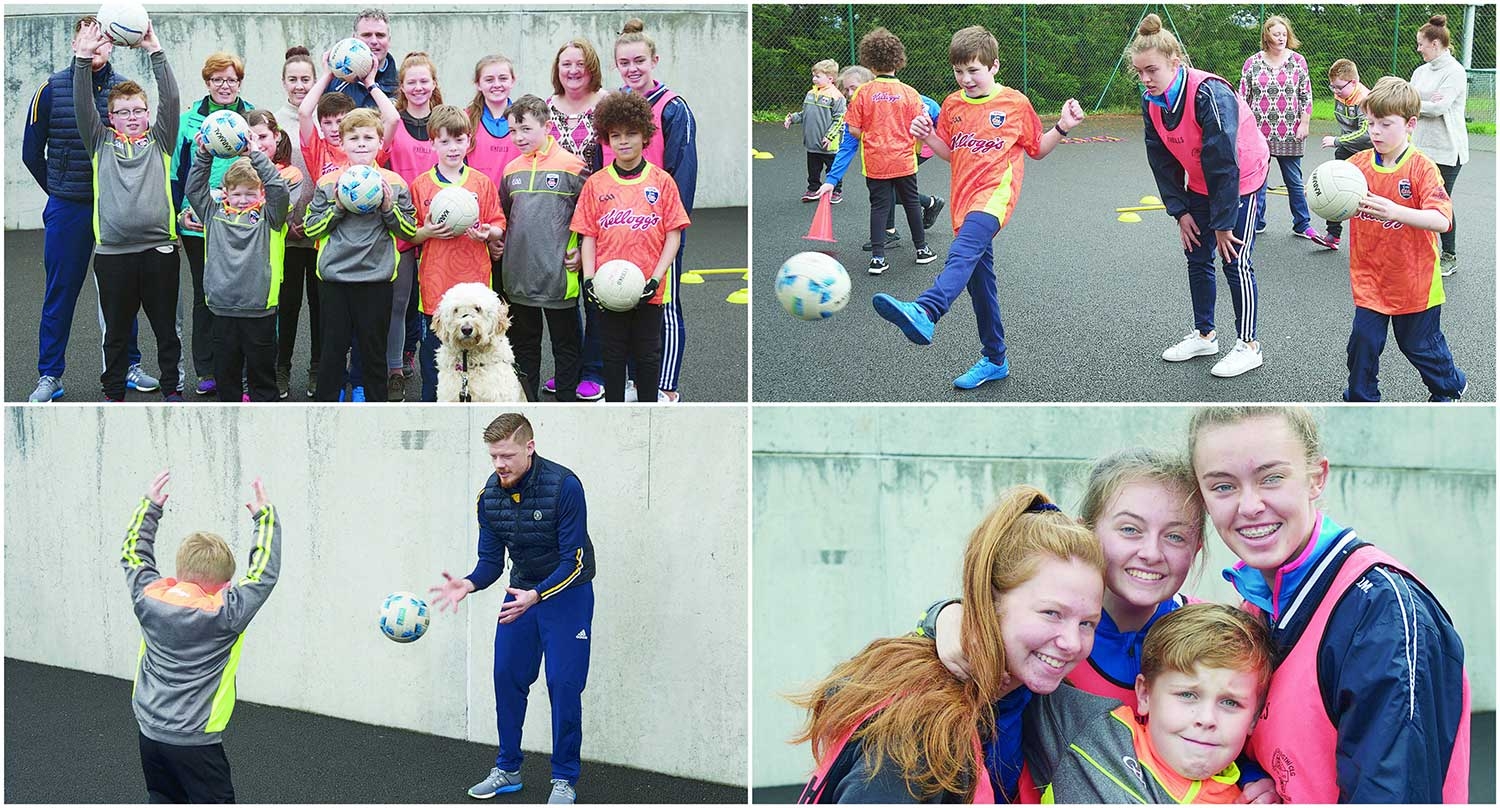 ‘GAA for All’ initiative for children proves a great success

FOR the last six weeks at the Round Tower GAA facility on Monastery Road, children with physical or learning disabilities were able to participate in the “GAA for All” programme, with help from volunteers. The programme ended on October 14.

They found that, although many children with disabilities did start off in many GAA clubs, most would fall away due to various reasons, particularly when children progressed from preschool to Go Games in their age group. Go Games are versions of Hurling and Gaelic football devised for under 11 children.

Farrelly and Buggy wanted to create a programme that gave the children an opportunity to be coached alongside the preschool and Go Games matches, making it more enjoyable, inclusive and sustainable.

What made this programme so successful, however, were the 12 volunteers who turned up every Saturday morning. They each provided one-on-one attention to the 12 children who joined the six-week programme, giving the children hands-on help.

Having so many volunteers ever week also gave the children the chance to develop strong connections with their coaches, making the programme especially successful.

“Parents were utterly delighted” by the new programme. Their children learnt the skills of the Gaelic games and each session finished with a match where children demonstrated their skills and competitiveness.

Although the programme started out as a six-week programme, because of its success and parents’ delight, Round Towers will continue the programme. Other clubs throughout Dublin are also interested in starting their own “GAA for all programme”.

If any parents want to get their child involved, you can contact Dave Farrelly at 0879884783.