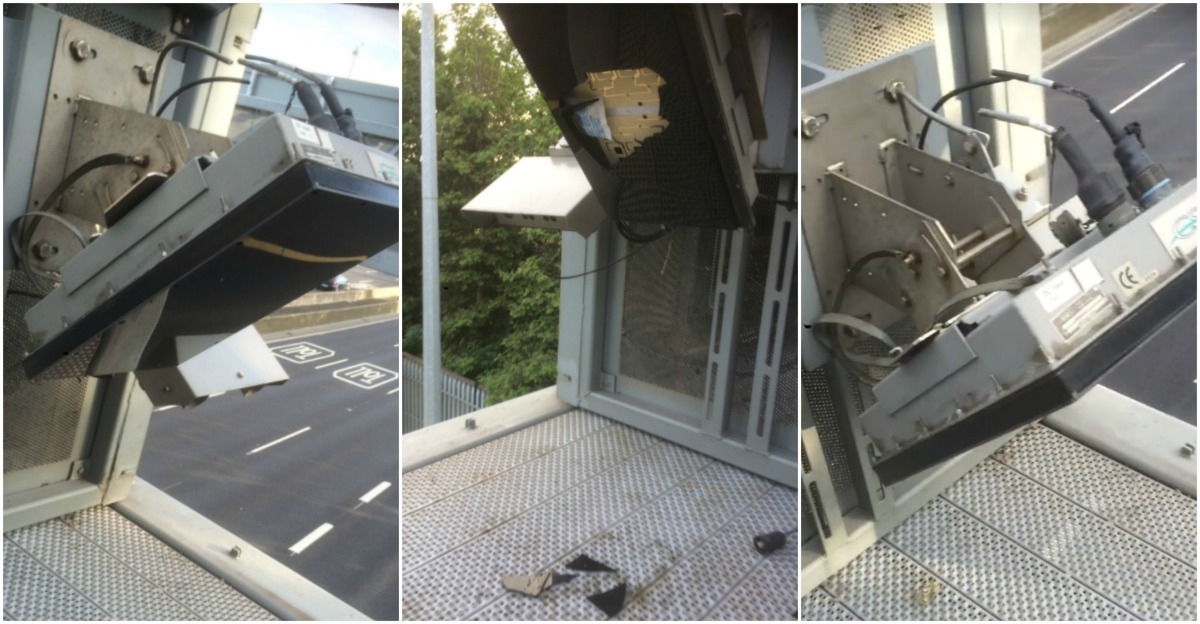 A man (48) is set to appear in court today after a substantial amount of damage was caused to the M50 eFlow barrier  – leaving the scanners redundant.

The incident began after 7pm on Friday evening when the man allegedly cut wires on the northbound scanners and broke some of the tag readers.

Having climbed onto the overhead gantry, the man remained there for some time before emergency services eventually closed the M50 in both directions and a Garda negotiator spoke with the man.

He eventually left the gantry, was arrested, and was taken to Blanchardstown Garda station.

In a statement released to Echo.ie this afternoon, a Garda spokesperson said: “Gardai at Blanchardstown are investigating an incident of criminal damage which occurred at the gantry of the eflow barrier on the M50 northbound at approximately 9.30pm last night, Friday 16th June 2017.

“A 48-year-old man gained access to the gantry barrier. The M50 was closed for a time to enable Garda negotiators to communicate with this man.

“After a short period of time the man left the gantry and was subsequently arrested by Gardai.

“He was taken to Blanchardstown and detained under the provisions of Section 4 – Criminal Justice Act 1984.

“He is due to appear before the Criminal Courts of Justice, Parkgate Street on Saturday 17th June 2017 charged in connection with this incident.”

It is not known at this time whether or not the tagging system is operational today on northbound lanes of the M50.